2.3b (832) Lines crossing over and shape disappears

At certain angles it disappears? 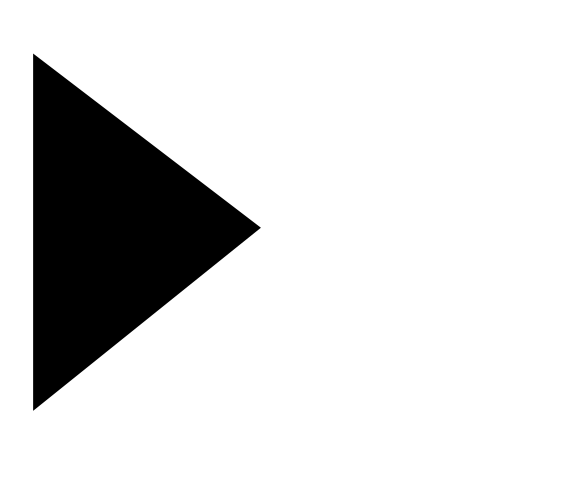 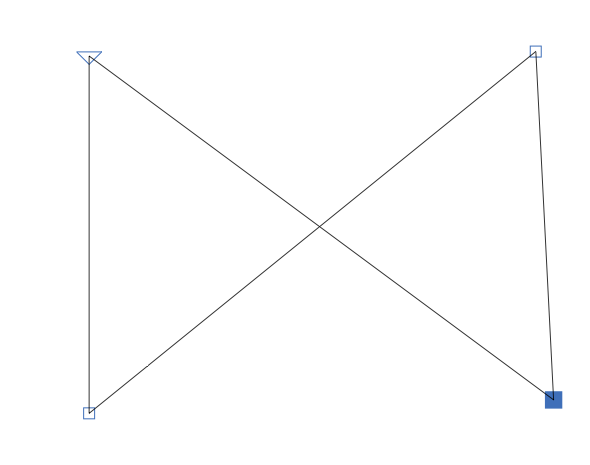 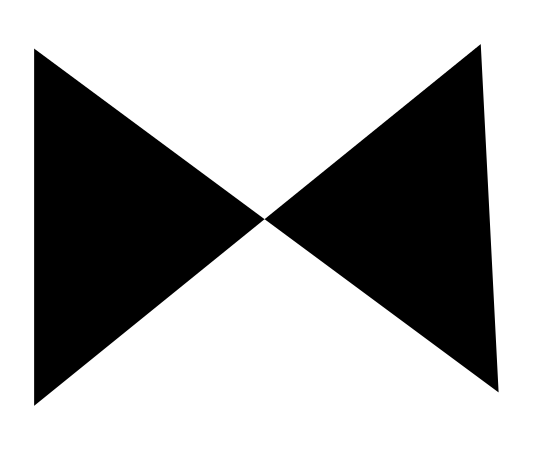 This is a feature. It allows self inflections on outside edges. I might need to fine tune a bit.

Finally! But which area does it remove? The smaller one?

Yes. The smaller one.
Please send me (real world) examples where it removes it and you would need to keep it.

Hey! I have an issue which could be related to this feature: I’m working on a project where the stems are constructed that way. Since the 2.3 update, the upper part of the stems disappears: 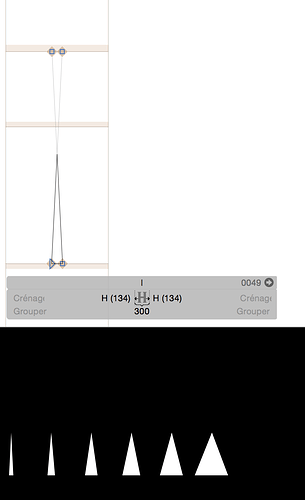 it only appears when the points are not aligned, the upper part being slightly bigger or smaller. 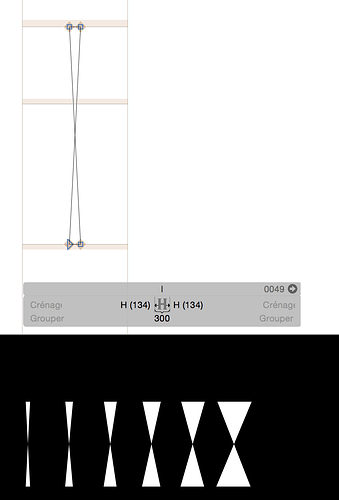 There is currently no direct way to turn this of. But you can add a node in the small line in the dissapearing part. The extra node will be removed on export.

One problem with this setup is that you end up with a wrong path direction for one of the triangles.

Ah yes it works with an additional point
The wrong direction problem can be fixed with RemoveOverlap filter, isn’t it? I can use it as a custom filter while exporting, right?
Thanks Georg

I just tested it and you are right. The remove overlap filter does fix the path direction. You don’t need to call it with a custom parameter. It is run automatically if you check the ‘Remove Overlap’ back in the export dialog.