I created a font which is assembled from components. Some components have marks which are nescessary for mark attachment.

For all glyphs, the mark attachment is working as it should.

This behaviour is the same across all software where I tried the font: FontGoggles, Pages, Illustrator, Word, so I assume it has something to do with the export?

Then, a ា is added and the ល and ា form a ligature to which the miniature អ should still be attached. (The original ា is replaced by a zerowidthspace)

And this works correctly in the variable export.

However in the static font export it consistently looks like this: 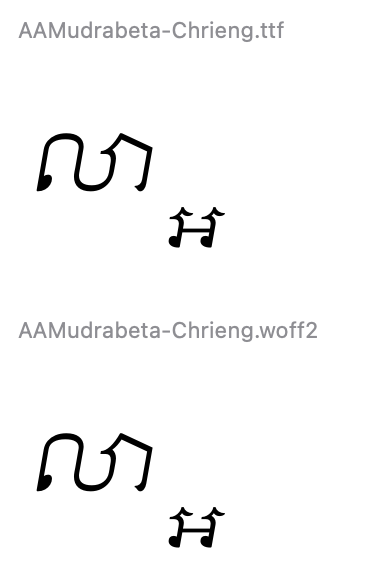 Still, the attachment works correctly after the first substitution for both static and variable font:

So has it something to do with the CLIG substituion?

Both, the ល and លា are assembled from the same components with the below anchor in the 3rd component: 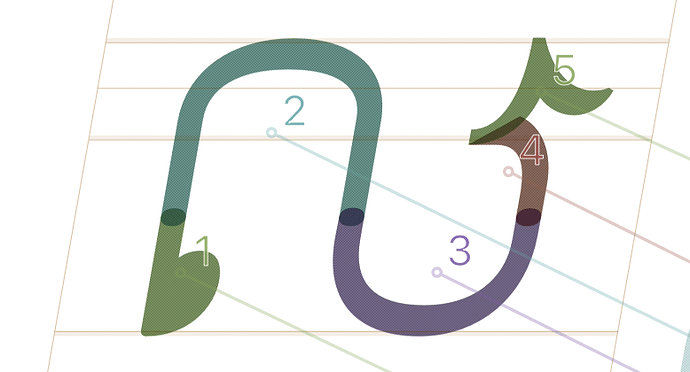 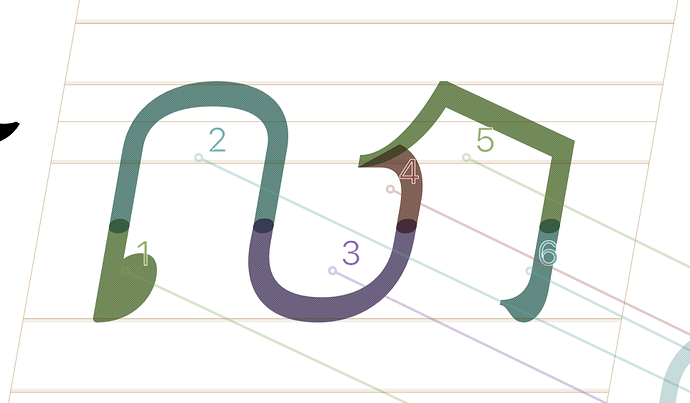 Again, it all works in the variable export, so I wonder where the error lies?

Any help would be appreciated!

Can you check the relevant feature code in the Temp folder? Is there a difference in the mark feature?

And what happens if you add the needed anchors to the full ligature. Maybe the anchor decomposition is not working?

Thanks, Georg, I checked the feature code in the temp folder with the effect that
marks are swallowed in the static exports. Contrary to what I described above, this does not happen with all ligatures with ា, but only with some. And the ones being swallowed do not consistently use the same component.

In the static font, the BLWM has 129 lines: (lo should follow ro, followed by vo)

In the variable font, the BLWM has 157 lines, here with the lo_aaSign-khmer:

So at least 28 marks went missing…

If I manually add the anchor in the ligature, it works as expected.

sent to you, thanks!

It works when you change the glyph subCategory to “Composite” (from “Ligature”). I’ll see if the default should be changed.

I wonder what the reason is for this approach. It’s resulting in the coeng now being anchored onto your zero-width space, which isn’t where it should be.

That way we don’t end up with zero-width spaces interrupting the glyph sequence, which might also become the context of subsequent lookups.

Then it should just be a question of adding bottom _1 and/or bottom_2 anchors to the sa_aaSign-khmer ligature so the coengs end up in the right position. I’m not sure if the aaSign part of the ligature can take marks, or if things just sit on the consonant part. @sovichet could you confirm?