Hi,
While creating a ligature in Arabic with two different .calt glyphs, it automatically replaces (by default) the basic letters by the contextual alternates when using Illustrator and there is no way to switch back to the “non contextual” glyphs. I need to be able to do this in a way to keep my marks “tashkeel” connected to each glyph.
Any ideas guys?

Thanks for the help

These are not true contextual alternates, they are missing the context.
When exactly should, e.g., meem-ar.fina.calt appear instead of meem-ar.fina? 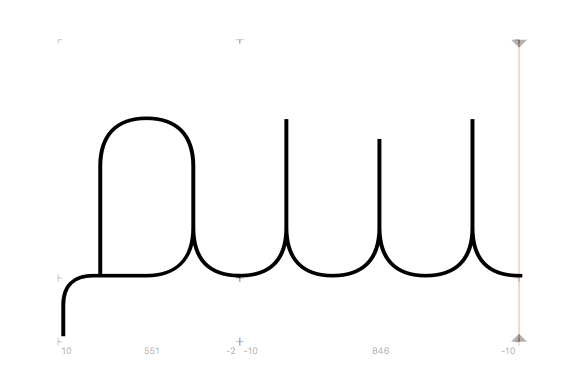 It should appear after the seen-ar.medi.calt

But if you replace both seen and meem only when they follow each other at the end of a word, consider a ligature seen_meem-ar.fina instead.

“seen-ar.medi.calt” shouldn’t be named as a .calt right?!

No, the name is fine. As long as it makes sense to you.

But if you replace both seen and meem only when they follow each other at the end of a word, consider a ligature seen_meem-ar.fina instead.

I actually did so. I copy pasted your code and it worked like a charm.
A big thanks to you.

I also have a question pertaining to this thread’s topic; hope you don’t mind my intrusion…

Glyphs lists 213 glyphs under Arabic > Ligatures. Are all of those necessary for a functional Arabic font, or can I get away with just a few contextual alternates? From my question-asking on Twitter I gather that Urdu, for instance, has need of many ligatures that are not mentioned.

Also, is there a good online resource for how each letter is expected to behave? I only just learned about how /yeh and /yehbarree are expected to look different after toothed and non-toothed letters. Wikipedia, Google, and Omniglot seem to be completely ignorant of this fact. I wonder how many other such expected behaviors I am missing. I can’t even use MyFonts as a resource, because their sample windows still don’t support contextual alternates (which I find very problematic in general).

Also, is there a good online resource for how each letter is expected to behave?

Dropping dots, Arabic has no more than 19 unique and dynamic glyphs that go on changing ends (tails not heads) to join the glyphs coming after them appropriately as elaborated in QB-English.pdf (189.6 KB)
Happy exploring with Flowers