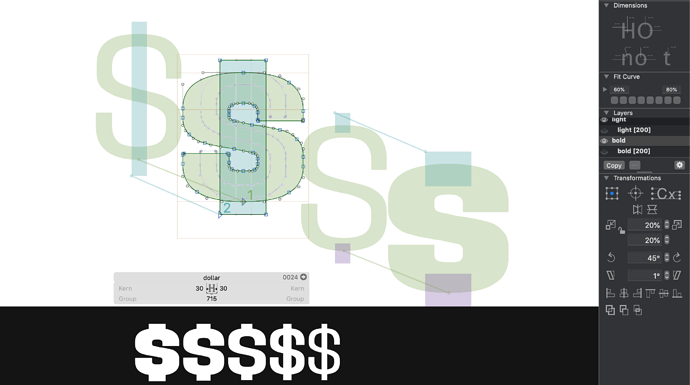 What exactly is the problem? Instances missing in preview?

The font view shows the master layer. What you can do is to use a revers bracket layer. Use the ‘bold [200]’ as master and rename the former master to ‘]200]’. 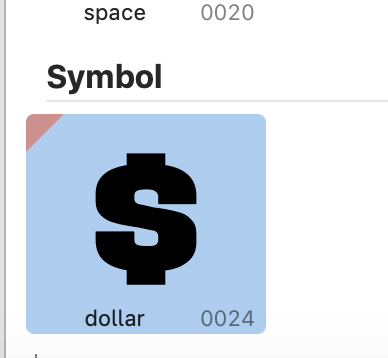 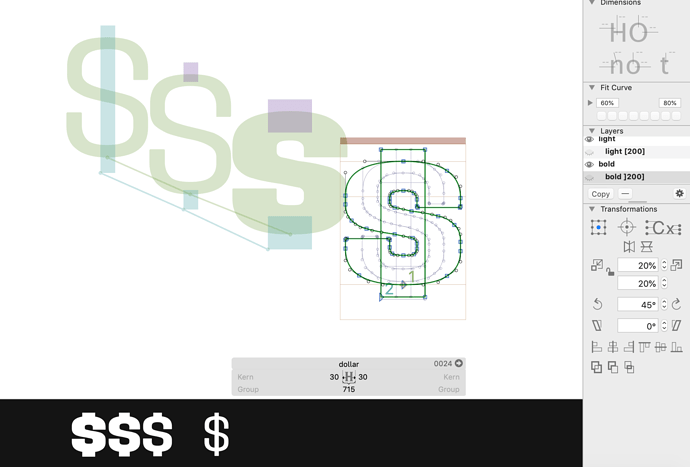 Now I get it, thanks for clarifying. Will take a look. In the meantime: can you please send me the .glyphs file to support (at) (this website without www), that may help.

Now in your setup, you had an instance at exactly 200. That meant that Glyphs was trying to interpolate between 2 incompatible masters in that very point of the interpolation.

Workaround: Change the number value of the reverse bracket layer (or both layers, if you prefer that), to 201.

I will update the tutorial to make this clearer. Thank you for sending me the file.

Hai, I have the same problem too. I have following this instruction, it’s work correct in the master but in preview doesn’t work well, it still shows the wrong layer. 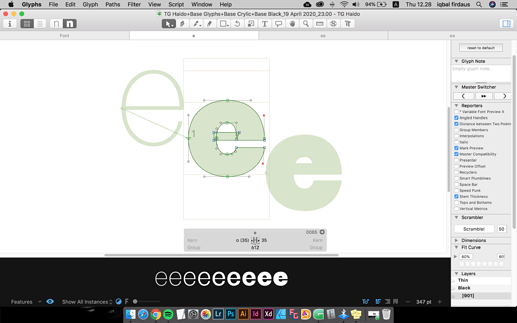 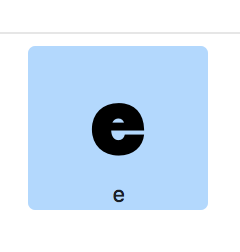 I think that it works as intended. In this case you should use a regular [] bracket layer (instead of the reverse bracket). Switch the masters (the one with the thin horizontal is the master and the “thick” is the bracket layer).

Or and that might be the better option here: use a brace layer.

I can’t use the brace layer because every time I tried to re-interpolate is always force quit.