Bug: Zoom in sometimes gets stuck

Sometimes zooming in (keyboard shortcut + UI button) doesn’t work and I have to zoom out and then zoom in.

I know this bug was originally mentioned here.

It only seems to be happening when I zoom to the “Active Layer” (CMD+zero) and then try zooming in.

I found one thing that always caused the zoom or hand tool to get stuck:
The script by @mekkablue delete all non master layers

Cannot check it right now, and was too busy to search for the old thread, so I just add it here

Switching to the Font View and back to the tab is a workaround fix.

I’ve experienced the same case, zoom-in/out stuck and only Command Zero takes me out of it.

What does the zoom size (the number in the lower right) is set to when that happens?

It is almost always 500 pt for me. I should perhaps add that I usually work with a 2000 UPM which may be relevant to the other reports of 1000 pt.

Is it still a problem in the latest cutting edge?

It’s fixed for me on cutting edge!

I haven’t noticed any particular zoom level where it gets stuck; it’s seemingly random. Just now it got stuck at 1500, but I’ve had it stick at both larger and smaller sizes. Not always, but it’s even stayed stuck when I’ve quit the app and relaunched it. The only thing I’ve found to reliably unstick the zoom is to select View > Zoom to Active Layer.

I’m not familiar enough with the console app to decipher all the data there. There are some user report items regarding Glyphs crashes from earlier in May, but they don’t seem related to the zoom hangs. There are several QuickLookSatellite crashes from the past two days that are related to Glyphs. I can’t really say that I know what I’m looking for.

Can you try running without two of these, and if it gets stuck again, disabling the two others. And if it does not get stuck anymore, to reenable one of them. That way you should be able to find out if one of the plug-ins cause the problem, and if so, which one.

it seems one of the following plugins: 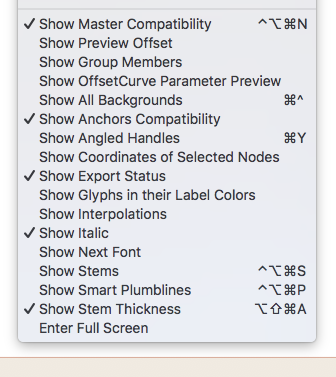 Turning Off all enabled me reproduce a 6003 zoom-in without freezing as it happened when they were active. 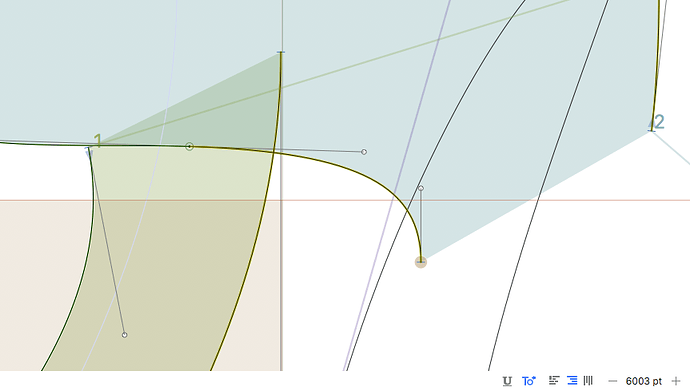 Can you send me your plugins and repository folder as a .zip?

It seems the Zoom-In freezes even when all the above list is De-activated:
Now I quit Glyphsapp and relaunched … by opening any glyph window it remembers that and still stuck on 6003 pt. no way to change!!
The last attempt was by relaunching with Shift which I believe neutralizes all plugins … this time i got control on Zoom in.

The last attempt was by relaunching with Shift which I believe neutralizes all plugins … this time i got control on Zoom in.

Make sure plug-ins and Glyphs are at their latest versions.

I’ve been keeping up with the cutting edge versions, and haven’t had a zoom problem since June 5 or 6. Previously ran into problems every 2 or 3 hours. Currently running Version 2.5.2 (1148). Problem solved, I hope.