I am trying to figure out how Glyphs3 auto-creates the case feature. It appears that when glyphs finds the glyphs questiondown.cap and exclamdown.cap in a font, they are not fitted into the {case} feature. I have always done the whole case feature using classes but am now trying to figure out what Glyphs does alone. To rectify this, I added the needed substitutions to the feature code but it breaks the “auto” feature. Is it possible to add the Spanish glyphs to your auto code as you have done in {smcp}? 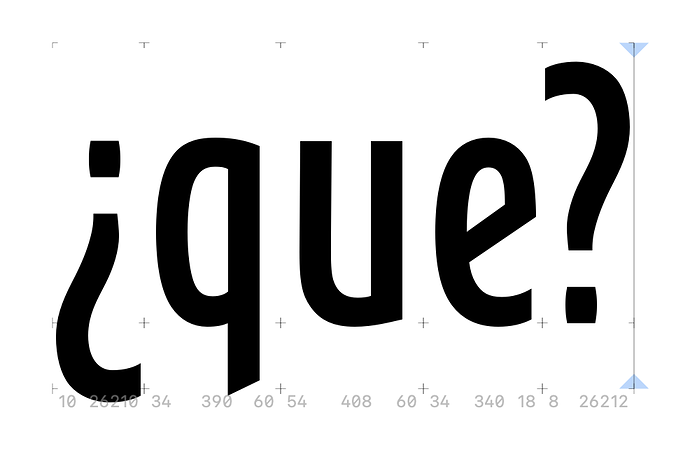 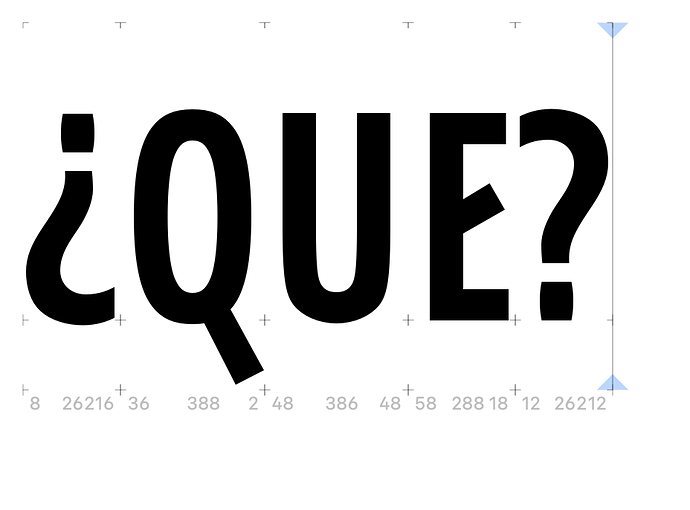 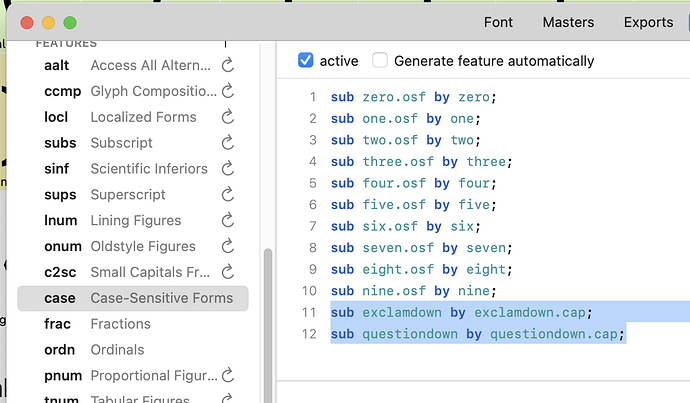 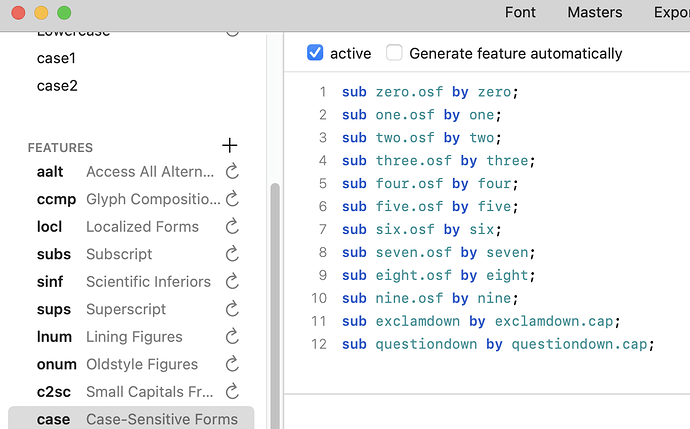 The required naming is questiondown.case, try that instead of .cap.

But using “.cap” works in the rest of punctuation, for instance paren, brace, bracket, at, bullet, etc…?

Can you send me a font where a glyph with a “.cap” suffix shows up in the case feature?

Do you want a Glyphs file or otf?

But using “.cap” works in the rest of punctuation, for instance paren, brace, bracket, at, bullet, etc…?

I meant a font where a glyph name with a .cap suffix would be added to the case feature automatically. Or what do you mean by “works”?