I’ve been using fontself to create and export colour svg fonts from illustrator, but would like to open them in Glyphs to apply more complex kerning and kerning pairs. However, when I open them, it has two layers Script green and SVG. The script Green contains the black version, but the SVG layer appears blank.

Any help would be much appreciated. p.s. in the preview window I can see the colour layer but it seems to have lost its position and is almost off the screen 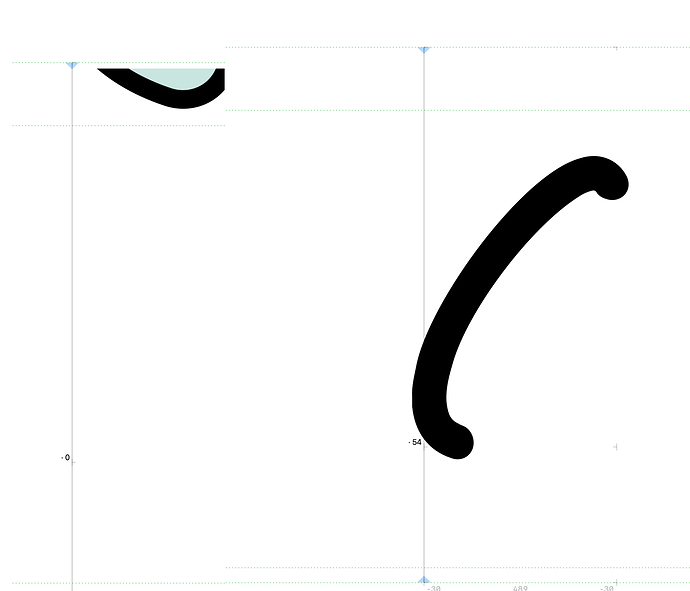 Can you send me the .ttf file from fontself?

colour font.zip (583.6 KB)
This contains the original font exported from fontself, and the file when I open that in Glyphs.

Did you get the files?

I got the file but was too busy to have a look. I finished a big task today so that I hopefully will get to it soon.

Thanks so much, I know you must be really busy, so much appreciated, no big hurry.

Amazing, how do I update my glyphs, just get the latest version?

Can you give me a rough idea when that is released?

Cheers and thanks for looking into the problem.

That will take some time. Hopefully a first beta version in next weeks.