Ive got an issue with the calt feature.
I have a /f with a longer top, and a /f.alt with a shorter top, for avoiding collisions with letters where the ascender is to the left. I did everything according to your tutorial. 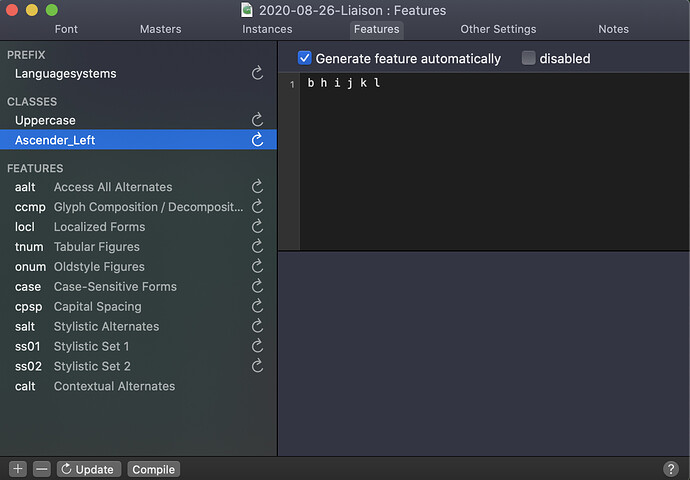 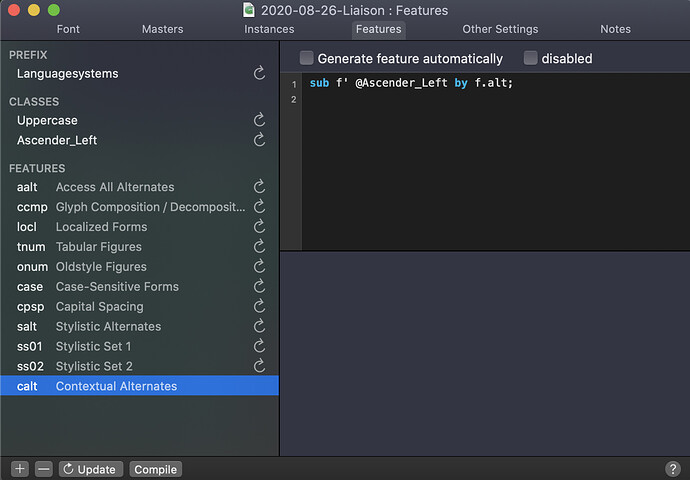 The calt feature is on by default in Ilustrator but not in Indesign.
It worked before in Indesign as well.
Its not a cache problem as I already cleared it and tried again.

I know how to turn on the Contextual Alternate option in de OpenType menu of Indesign.
If I do this then it works fine, but I would need to it to work by default.
Any idea how to do this?

If you ever added a glyphs from the glyph palette, the calt feature will be deactivated for that piece of text.

I didnt. Each time I tested it InDesign I openend a new document and just typed the sample words with the /f/l combination.

The calt feature is on by default in InDesign as well until you disable it globally.

It is the user’s responsibility to use your font properly. You can try and find hacks that force a substitution in one environment but may fail in another and it may break functionality. AFAICS the substitution You show in the screenshots is meant as a contextual alternate, so I would expect it in calt. Leave it like it is.

Thanks for your reply. I wanted to make sure its in default as it is quite an essential substitution.

You change the default when no document is open.

It is the user’s responsibility to use your font properly.

Yeah youre right of course.

You change the default when no document is open.

I know, but I still was not able do make it work all over but I guess its an Indesign problem and nothing that I did wrong in Glyphs. Thanks for helping out!