Hello I have a problem I dont know what I did but now all my contours in my fonts look like this and I can not modify it. Please If you know what it is or how to fix it I’ll really appreciate. 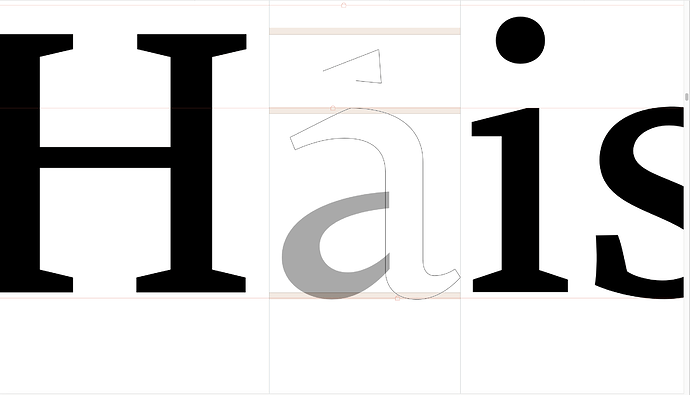 What you’re seeing is a component. Right-click, select Decompose and you will get your outline.

Yes the gray is a component but the other outline is a normal stroke, the control points disappeared and I can not edit it! even when I double click in to the component I get the same shape and I can not modify it.

You probably disabled “Show Nodes” in the View menu.

Yes It was that! thanks a lot georg

Hi, actually I have a similar problem while my node view is switched on. Somehow the endings disappear (and I cant move them precisely). They reappear only if I reboot the program, but that’s annoying. Any solutions? 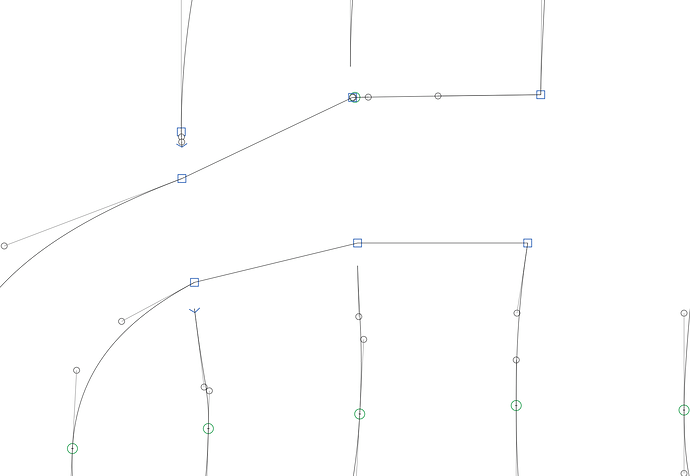 What did you do to get into that state?

I split the node in two with the pen while being selected and then dragged them aside. Then tried to connect the two open paths. Same case here made for you in steps: 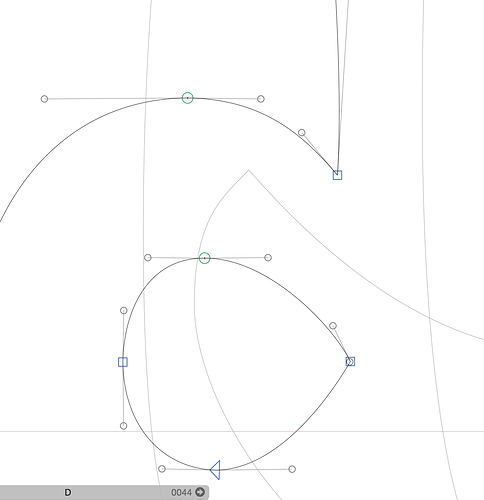 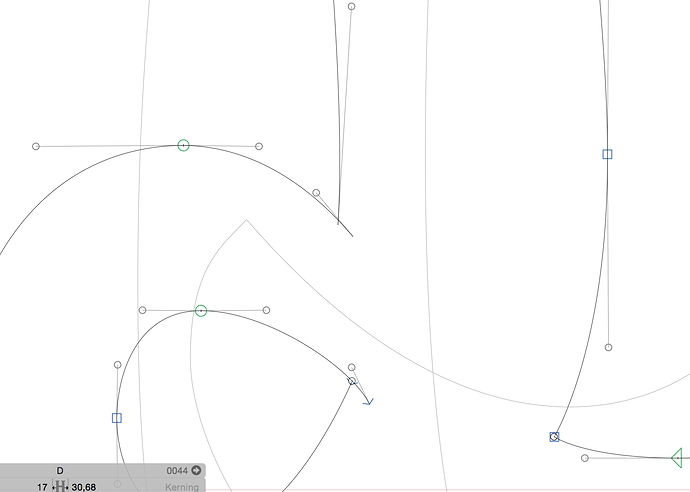 The nodes also happen to disappear not in operation but while I command z the process.

How did you try to connect the path?

This has happened to me as well in a few occasions. Usually when it happens it is an indication that Glyphs will crash in the next 10 seconds. It is rare though, and on my end it also happened when I was splitting nodes. Maybe zosia can elaborate if she can recreate it consistently.

I used to run into the bug Zosia is experiencing. But not since I moved to Glyphs 2.

i tried to describe what happened in screens attached.

glyphs didn’t crash after the problem appeared, as it happened to @Realist

I work on glyphs 2 so as @DunwichTypeFounders

Can you send me this glyph?