Controle over what layer is active of an applied componenten

Components are great! I would like to be able to determine the active layer of a component per glyph. This gives me a faster way to create different variants/solutions. Is there already such a feature?

This is currently not possible. Can you describe in more detail what you are trying to do?

I’ve made a mockup but unfortunately I can’t add images.

I increased you user level. You should be able to post images now.

So I would like to be able to switch between layers of a component inside the glyph that it’s applied to. I guess it’s a bit like how Figma handles components: https://help.figma.com/hc/en-us/articles/360056440594

I guess glyphs have a layer structure like this: Glyph/Weight-group/Layers/Active-layer
Maybe what I would like to have is an extra sub group inside of the active-layer called “Variants” that can be controlled via the Ghyph, where the component is applied to.

Having components point to other layers of the same master and also layers of other masters would come in handy in many situations. This concept would probably also benefit from interpolation, where a component can be placed freely in the designspace. Not sure what the best UI would be for that.

I think it would require a qualitative approach. I would suggest to have a product designer create a few different solutions to ensure an usable flow. Let me know if you would like me to help you with that.

I wrote a script which turns any component into a smart component, i.e. makes it interpolatable. Just select the component(s) and run the script, then make adjustments as per any other smart component.

No UI and only maps the poles to masters. Not exactly what you’re looking for, but could easily be adapted and extended (and, I’m sure, improved in general). Maybe a solution until this is implemented in the app.

Hi @Erik_M can you put the script in a GitHub repository? Then I can add it to plug-in manager. See the other examples of script repos in Window > Plugin Manager.

Sure @mekkablue. Added some other potentially useful scripts as well. 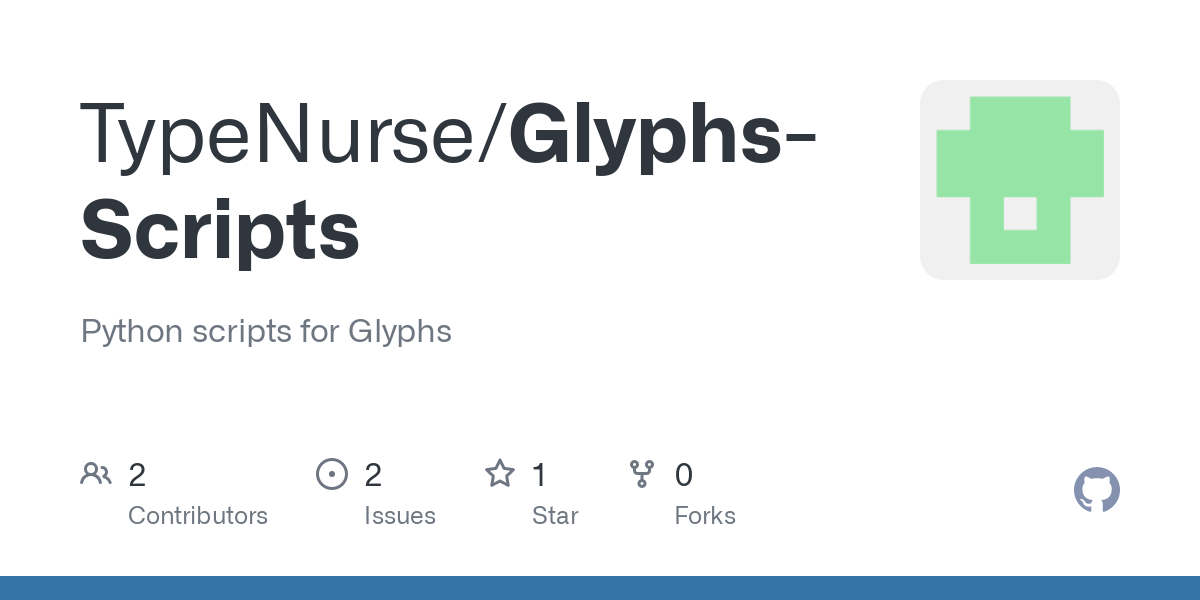 Python scripts for Glyphs. Contribute to TypeNurse/Glyphs-Scripts development by creating an account on GitHub.