congrats on the launch of version 3! Amazing work and nice new features

I’ve been playing around with the new segments and in conjunction with caps/corners the preview, the exported outlines, and the decomposed outlines don’t add up in a sensible way.

See below a lowercase stem that has a cap at the top, segments on the left and right of the stem, and two corners for bottom serifs. 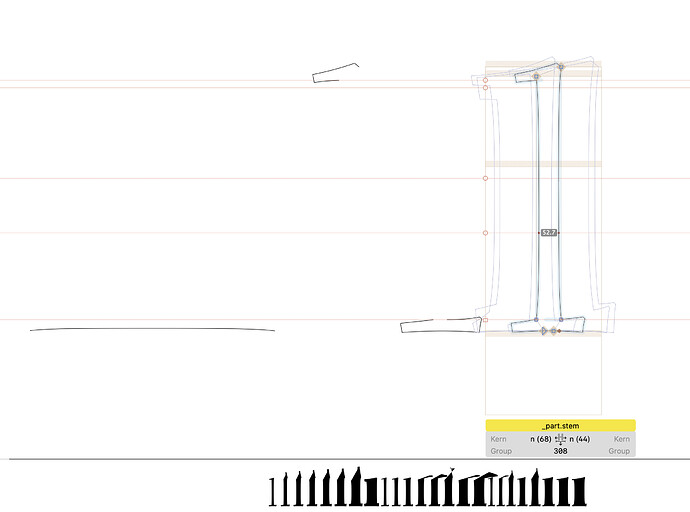 I am unclear as to how much paths should or can overshoot their origin anchors and still get connected correctly. You can see, for example, that the cap and left stem segment overlap inside, just like I might draw a corner to be able to edit the individual curves without moving the other. The light blue preview seems to give a good prediction, however, the bottom interpolation preview goes completely off the rails. The “components” interpolate, and the stem glyph does too, just not in the preview. The same for the bottom right corner serif, which “reaches” into the stem at the bottom beyond their corner point.

As you can see, the bottom preview would indicate interpolation problems, even though the glyph and all components are interpolating.

To my astonishment, the exported instances for this glyph actually interpolate correctly, contrary to the bottom preview. Here is one of the instances that is messed up in the preview, opened from the generated OTF:

When I try to decompose the segments, caps and corners one by one to see what’s going on with the glyph I get fairly interesting results. 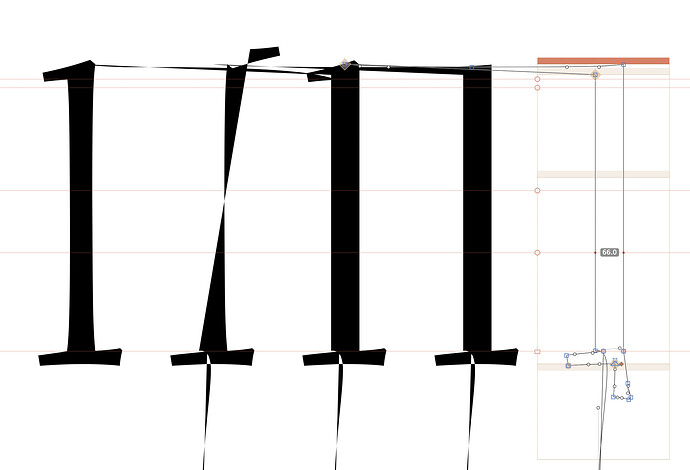 To me it seems:

can you send me the file?

Done, thanks for looking into it.

Hey @GeorgSeifert, have you had a chance to look at those a bit more? I’ve updated to the latest cutting edge version now after holidays and find the same issues still present. Can’t decompose some cap/corner/segment combinations to arrive at the same “exported” paths, and the preview still messes up some corners which the export actually handles correctly.

I think I know what the problem is now. Can you send me the file with the “l” again?

Sent, thanks for having a look.