If I cut letters from background shapes with the mask tool, counters are not visible anymore.
(it works fine with the same paths in Glyphs 2 and the mask plugin) 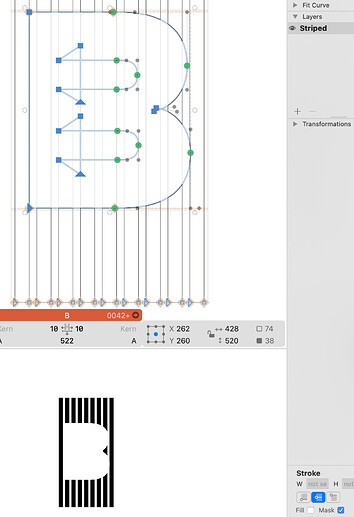 This is because masks apply to paths, not groups of paths. The B is build from three paths, so they can not act as a single masking shape.

You can group the three paths of the B by putting them in a glyph and laying that glyph as a component atop the stripes. Apply the mask to the component and you get the desired effect.

Yay, that worked!
Thanks for the hint!

I fixed it. All paths with the same attributes are grouped but this wasn’t working for masks.