Hello, I’ve noticed that my font’s capital spacing, cpsp feature, works fine InDesign, when the user switches on All Caps.
However, in Illustrator the capital spacing doesn’t change, though the case features operate fine.
Is this feature just not available in AI or am I looking at a bug?

Ah, for the record, cpsp doesn’t work in AI or PSD

Open Type Letter Spacing doesn’t work properly. If I enable "all caps" the (usually ******) spacing is not applied. 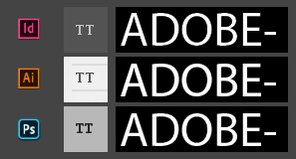 It works for me. There are two ways of making a text all capital in Adobe CC:

I think this obscure difference is where the complaint is coming from. What do you think?

Thanks Toshi,
I was actually trying this from the type menu, both the TT button and the drop down ‘All Caps’. But still no effect despite working in InDes. I’ve tried entering lowercase and upper just in case.
Is there another feature that might prevent it enabling?

That’s really strange. I restarted everything and reconfirmed both 1. and 2. 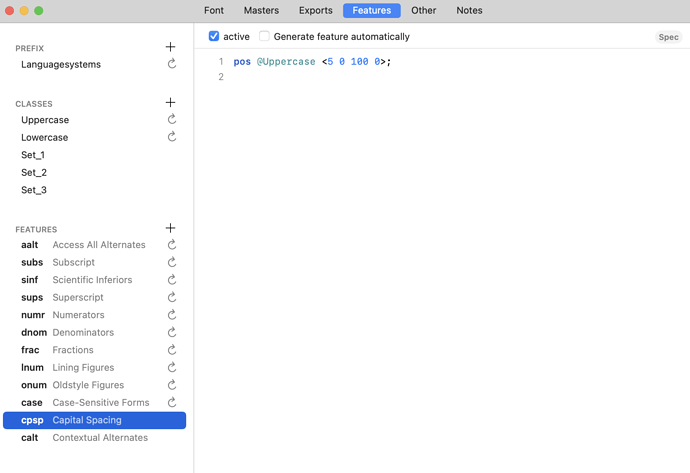 I had similar problems with illustrator that it would only sometimes work. Sometimes the same font works on a diffident machine or one font works but not the other. There seem to be some strange dependencies or bugs.