Two issues related to shortcuts: 1. Some custom shortcuts appear only after restart and reset. 2. Setting and immediately deleting a shortcut sets a random character as shortcut. I think this is best explained with a movie:

Thanks for pointing me to this. I did asked apple for a solution (I went to California for this) but they couldn’t help me (they tried). But looking at it again, I could put my hacks back together and it seems to work much better now. But it might not work in some other versions of macOS.

I did asked apple for a solution (I went to California for this) but they couldn’t help me (they tried).

The first issue (setting a shortcut need to be performed once and once again after relaunch) feels like the more important since I spend some time until I finally had a working shortcut to the RMX Tuner.

The second issue, the random character when setting and deleting a shortcut, could just be a bug of the key-combo widget. The char is random, I got a different char every time I tested it. This issue is not as important since I discovered it only by poking around after finding the first issue; it should not happen in practice.

Also I should note that when the filter is also the run-again-filter and Glyphs is relaunched, this is what is shown in the preferences window: 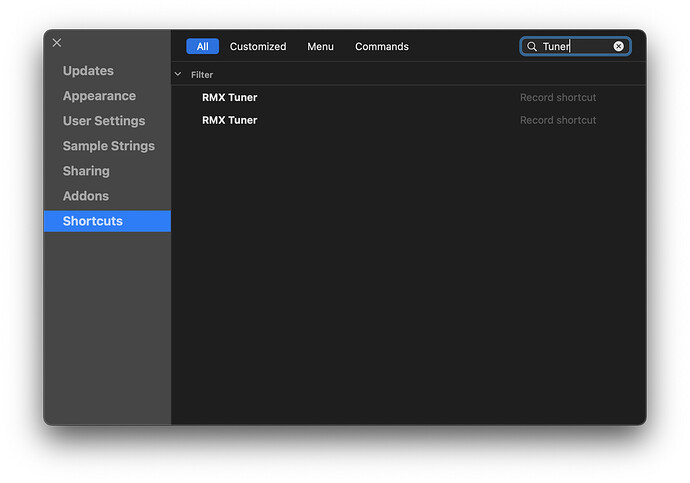 The Omni Group also offers custom shortcuts from within the app. They do not use NSUserKeyEquivalents, instead, they store their own format. Here is OmniOutliner: 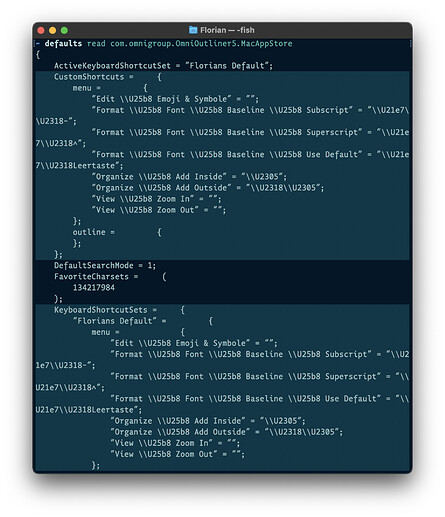 And here is OmniGraffle: 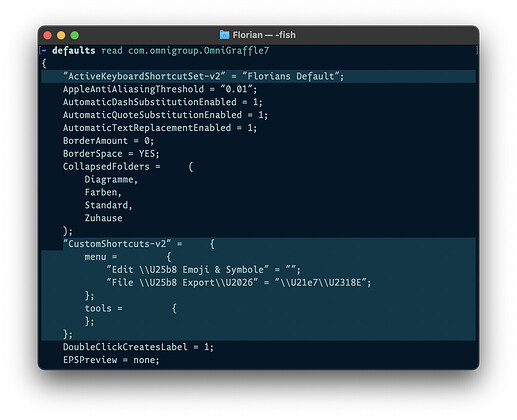 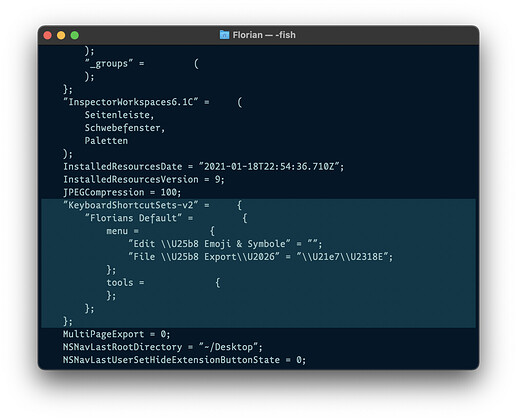 At least they where having difficulties with custom shortcuts, too.

I think both issues should be fixed.

3.0.3 (3059) fixes the random character issue. The set, relaunch, and reset is still required to define a custom shortcut.

I have a little bug with a custom shortcut. I want the RMX Tuner to be opened with cmd + shift + T, just like in Glyphs 2. When I set the shortcut, everything works fine, until I quit Glyphs. After a restart, the shortcut is gone and I need to set it again.

The shortcut is remembered correctly and works for me. But there is another menu item with the same name (the first in the filer menu) that might have the same name (“RMX Tuner”) and that has no shortcut attached. Scroll down a bit and you will see the actually entry with the shortcut. I added some code that ignores that menu item.

In case someone stumbles across this topic as they have the same problem:

What seems to work reliably is to explicitly set a different shortcut for “Tidy up Paths” (this is the menu command that has Cmd+Shift+T by default in Glyphs 3, and it seems to be causing the problems).

Then adding Cmd+Shift+T for the RMX Tuner should work as you expect.

Shortcut missing from the shortcut menu