Diacritics in Arabic and Kerning

Any ideas what is causing it? 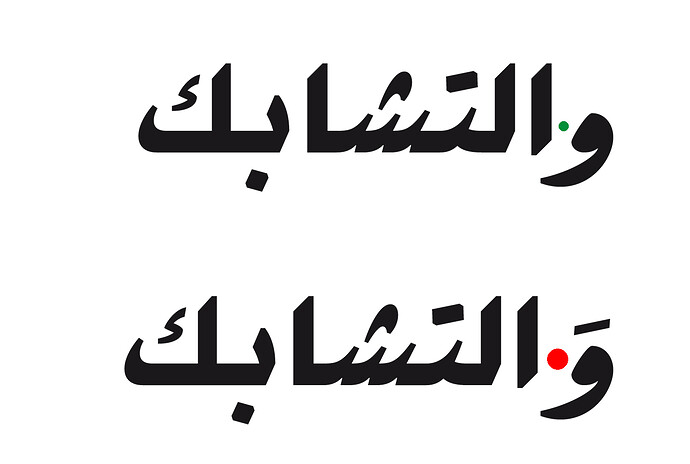 The Kerning would need to have an IgnoreMarks flag. Which app version are you using, and how did you implement Kerning?

I am using the version 2.4 of Glyphs.

I applied as well as I would do in the latin but from right to left.

And make sure your Edit View is in RTL mode.

I tried with the new version but I still have the same problem! any suggestion?

Where are you testing the kerning?