This was a handy visualiser of expanding strokes in G2, but I can’t seem to find it in G3.

I use offset stroke during the drawing process, not really when exporting. I often work with open paths as a starting point when adding masters; having that preview shows me which parts might overlap when expanded.

What do you mean by ‘the actual stroke setting for each path’?

When you select a path, you can give it an outline in the lower right of the sidebar.

Ah, I hadn’t seen that before. It seems to operate in a different way. In G2, the preview offset would remember the stroke thickness for each master and apply it to all the glyphs in the edit view. Now, it looks like I have to select each path separately and then enter the x- and y-thickness individually, that’s going to get very repetitive.

Can you explain you workflow a bit better? I might bring the Preview Offset plugin into the plugin manager.

For some projects I draw a zero master with open paths, and then use that as a skeleton for the heavier masters by expanding the strokes. Of course by expanding the strokes, the letters get bigger, so I want to scale them down while previewing how the weight will be added. That way I can balance the glyph size and stroke weight at the same time.

For some projects, when there’s an italic, I’d skew the zero master and then apply a stroke. There will be some corrections needed to the outlines after skewing, which are best previewed when you can see how the final expanded strokes will turn out.

In all those cases I’d want to see the effects on a bunch of letters at the same time, so curvature in a particular glyph can be judged against other glyphs, with the offset previewed, before actually doing the offsetting.

I see. I’ll check if I can put the reporter into the plugin manager

You can already use Show Styles with a custom parameter.

I don’t know what that means

This is exactly the info I was looking for.

A related question, is there anyway to see the styles across all glyhps, not just the active one you are editing. For example I can see the offset preview on the E in my example, can it also display the Y and the S? 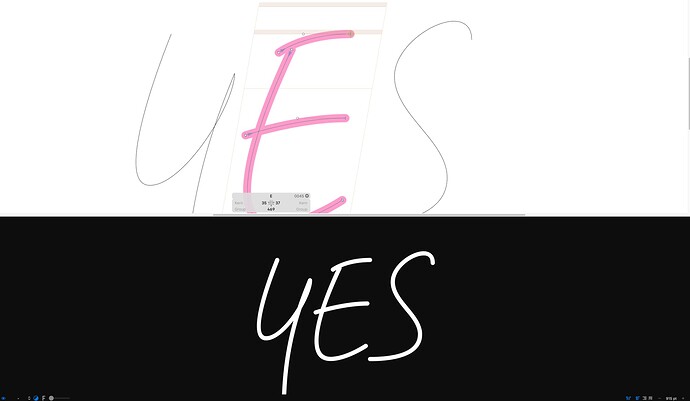 You wouldn’t want that plug-in to do that. Consider using the stroke settings instead. See the monolinear tutorial for details.

Oh ok. this is using custom parameters like in the tutorial. 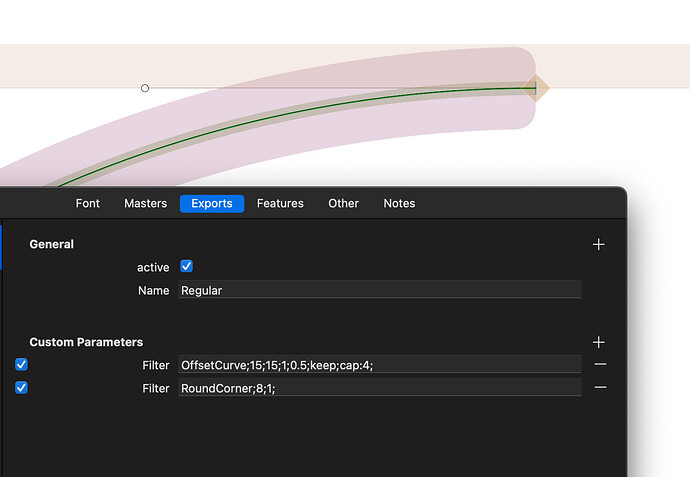 Are there drawbacks to this method? Is it because a variable font won’t apply these parameters on export? Am I better off using the stroke settings? 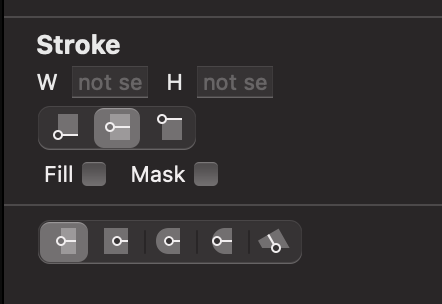 i do like the extra control (slightly rounded corners) that the custom params give.

Keen to know the drawbacks / advantages of each method.

You will need to expand the outlines.