Display order on Adobe apps is sorted by what function in Glyphs 3? 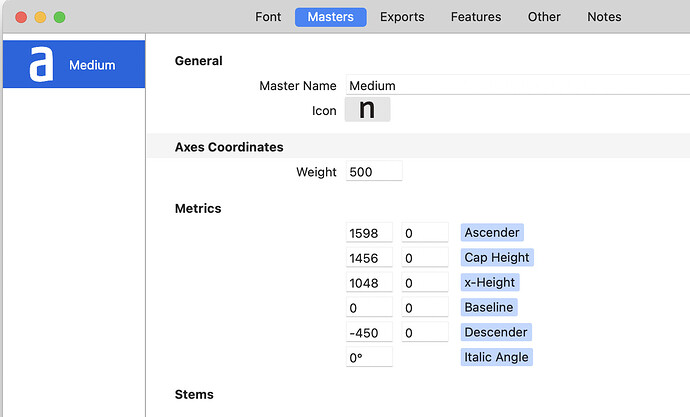 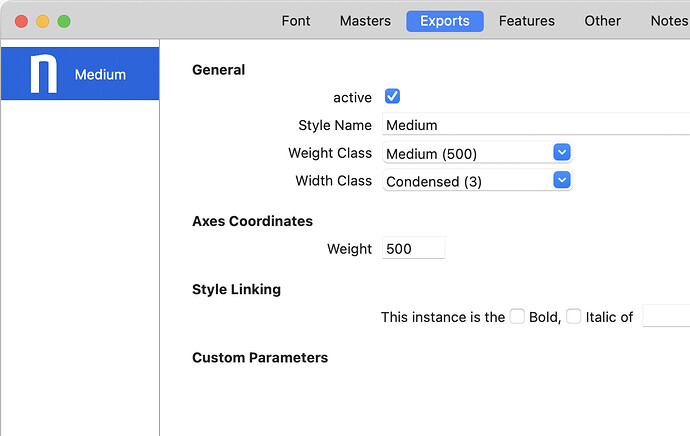 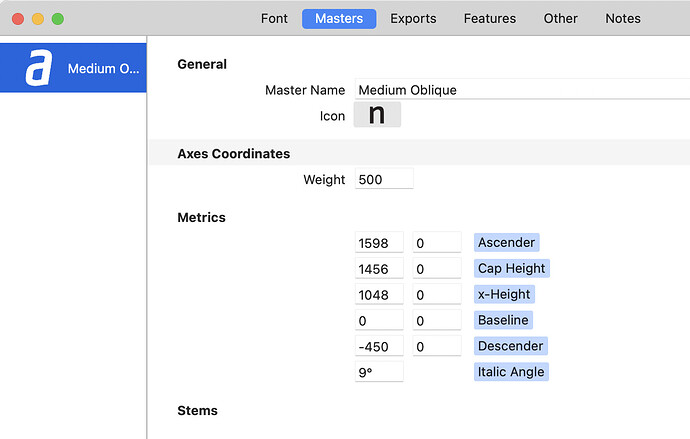 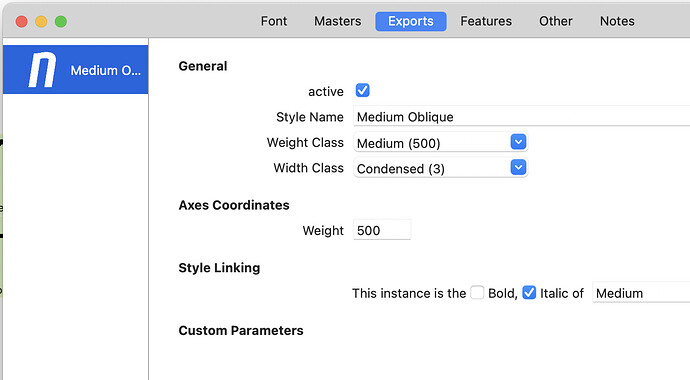 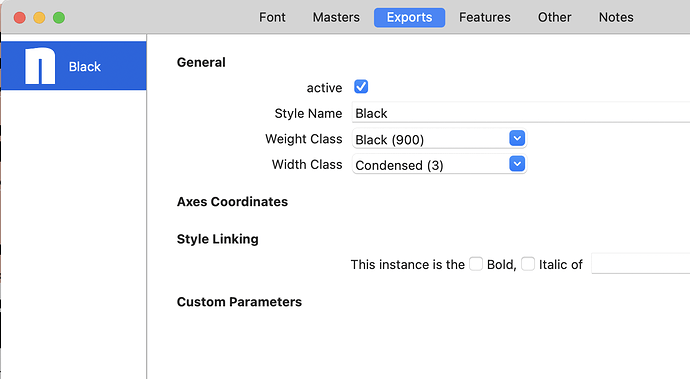 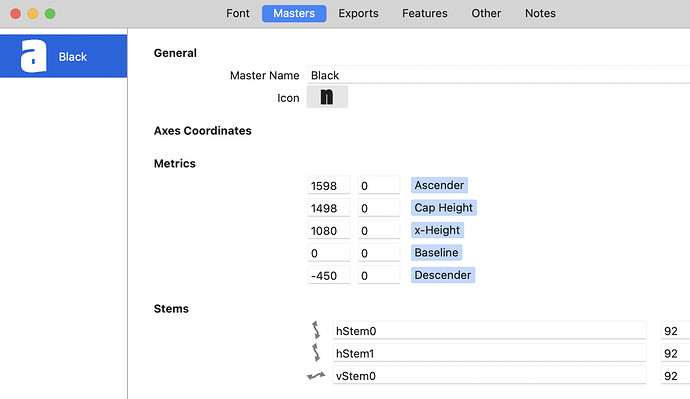 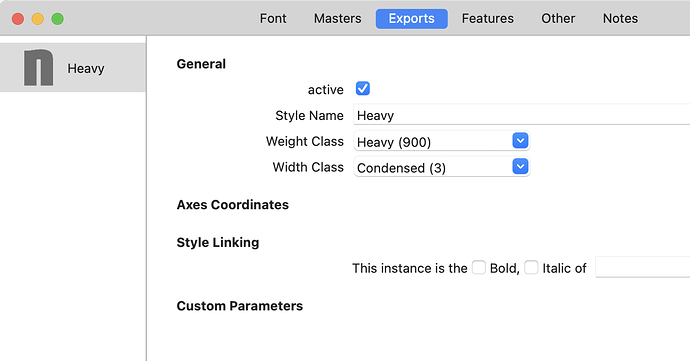 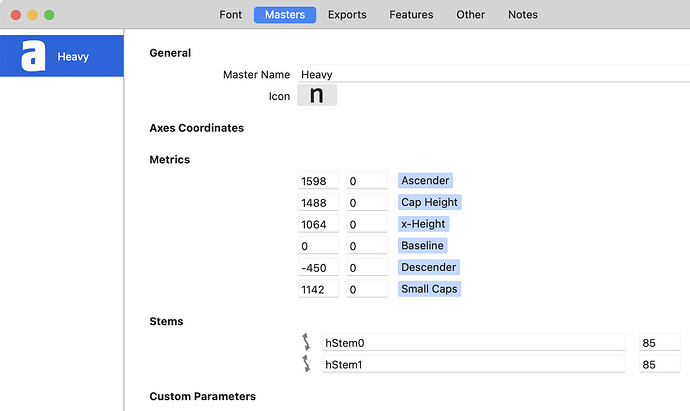 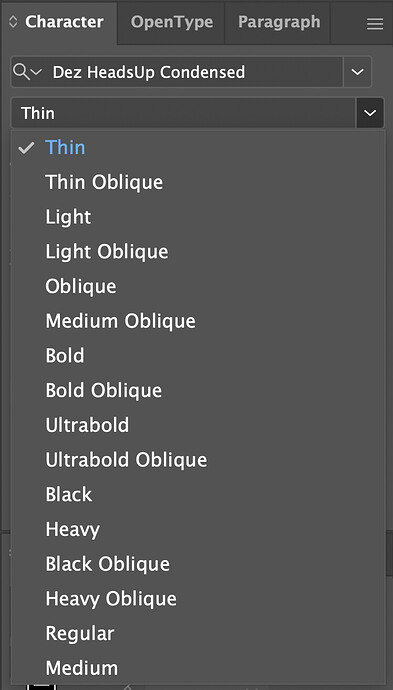 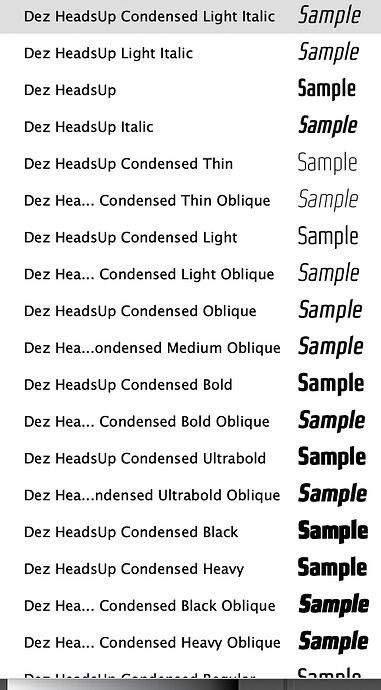 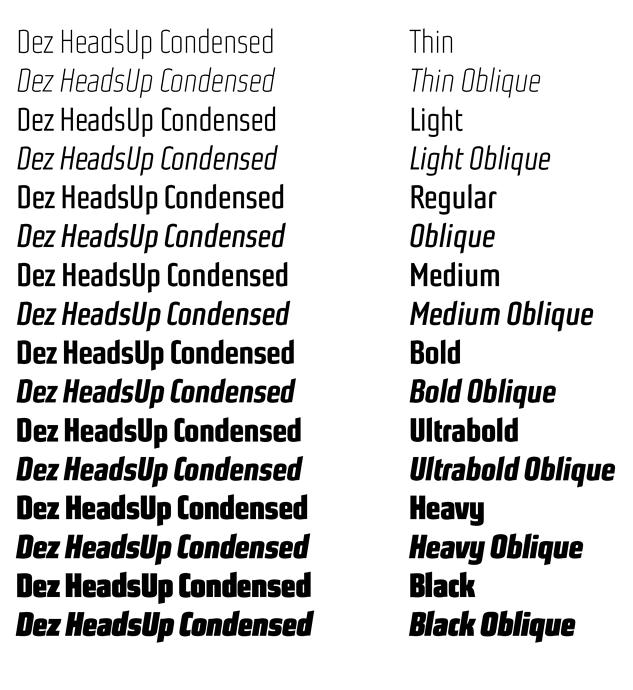 The “masters” settings are not relevant to this issue.

I’m not sure if the stylelinking works correctly with “Oblique” instead of the usual “Italic”. You might try using Italic instead.

Why do you have all your instances in separate Glyphs files? Are they not being interpolated?

Thank you, Jens. This project was begun in FL5 and completed in Glyphs. Only a few weights were interpolated and those were redrawn several times. It was much easier to redraw than to make all from scratch in Glyphs.
I have several times tried to change the “Weight class value” but it keeps changing itself back. If I type in a new value and save, it reverts back by itself or changes from Black to heavy. I have tried 950 or 1000 or 925 and it won’t stay.
Style linking is in italic but names are Oblique because it is more accurate.
Is there any way to get a predictable sort order? 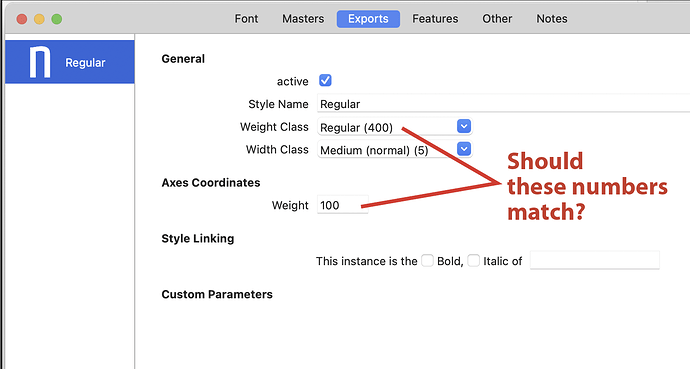 See the Interpolation chapter in the handbook and the variable fonts tutorial for more details.

AFAIK, Adobe sorts its font menus in this order:

From this follows that if you have duplicate weight classes, those styles will be sorted alphabetically. That should explain what you are seeing.

If your edits to the weight class are not persistent: Are you saving as Glyphs 2 or 3 format? The handling of weight class overrides has changed between 2 and 3.

I can’t explain why the “Condensed” is not shown in some entries. Is there a non-condensed version of Dez HeadsUp? In that case I would try moving the “Condensed” from the family name to each instance (“Export”) style name.

You could still put all your upright instances in one Glyphs file (each as a separate master), and all your italic instances into another, and as long as the Exports axis values (weight) are exactly those of the masters, nothing will be interpolated. It might make your files more convenient to work with, and you could export all the fonts by calling the export command just once for upright and once for italic.

Thanks, Jens! There are no ‘non-condensed’ styles.
These fonts began as Glyphs 2 but were all switched to Glyphs 3 a few months ago.