In my workflow I create different set of instances, one set is [x] save as ttf, the other one nothing, and I export as if I was only exporting OTF. So I have ttf and otf in one click.

Workaround so far is to name TTFs differently or save them in a different folder (with an added export folder parameter). But I have several cases when this workaround is actually quite annoying.

It works for me. Can you send me a file that shows the problem.

If you exporting webfonts, you will need to kept use those tricks you are using right now as they have the same file extension.

This is also not working for variable fonts (exporting desktop + web)

It took me a while realising the cause of the problem, as suddenly plenty errors appeared on export mentioning issues in the feature code. But it works just fine switching back to different file names on export. 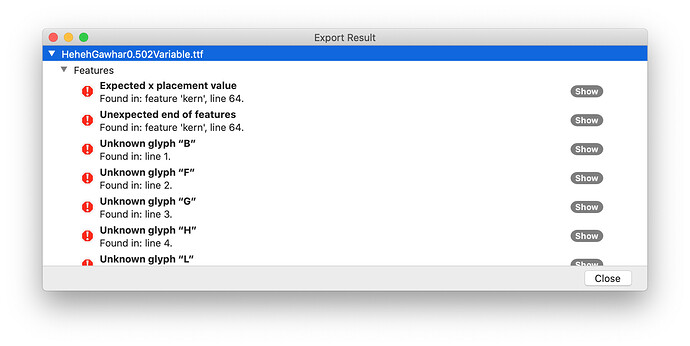 Hope it’s easy to fix for the next version. Thanks!

The file name is used for some other things other than the final file name. And that causes collisions. I’ll see what I can do.