Feature request: Special version of base glyph for use with accents

My current project contains a lot of capitals with a vertical slash, as shown: 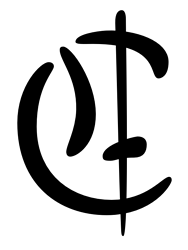 It would be great if I could name the retracted version /C.topAccent or something so that Glyphs would automatically use that for building, say, /Cacute and the like. Even better if it also worked for suffixed glyphs, i.e., if /Cacute.ss04 were built from /C.ss04.topAccent if available.

If you’re looking for ways to alleviate manual pasting/adjusting, I have a few suggestions.

Of course these options aren’t as simple as pushing a single button, but they can definitely save you a ton of manual work.

Thanks Matt, that Replace Components script sounds like a good fallback solution!