I very often switch between “show all instances” and displaying the master I’m working on. Wouldn’t it be possible to have two preview sections, one with the active master and one with all instances? Preferrably both with the possibility to change in size and positive/negative (as is with the existing one). See my explanatory sketch 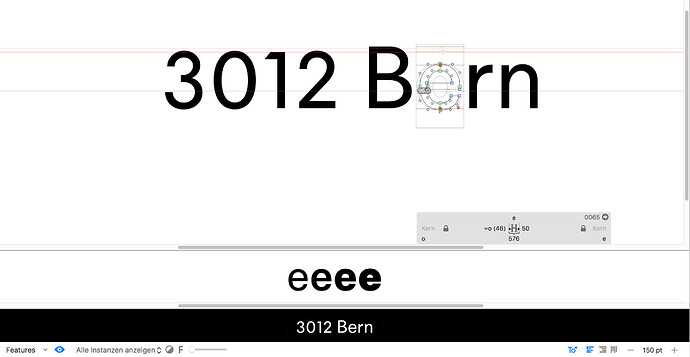 I don’t think that is a good idea. It would take to much space (it needs its own set of controls, too). One option is to have a shortcut to switch between the two or use the preview panel.

If it were resizable one could keep it very small. Or even possible to blend in/out (as the existing) a second preview line would be best for my practice.

The preview panel is actually an option. I’ll try placing it in the bottom, but then I have the shadow of the main window over it. Is there a possibility to have the preview panel alwas in front?

Would it be possible with todays version to have a shortcut for switching between the two?

Would it be possible with todays version to have a shortcut for switching between the two?

That is possible already:

Thanks Rainer, I will try!