I just read over the changes for G2.2 and have a small suggestion for a future version.

How about allowing users the ability to add their own custom colors to the default palette? I know there are twelve colors there now but sometimes one or two more would be helpful.

I would want them to be persistent, not file specific, but with the ability to delete or change them at any time.

Yes please. I’m a big fan of custom colours, and I’d like to see this functionality everywhere in Glyphs. Kerning values can now be previewed in custom colours, thanks Georg. But being able to control the colours of the paths (foreground and background), components and individual guidelines would be really super. Users like to customise their working environment, particularly when dealing with large complicated projects. (And custom colours everywhere might mitigate some of the difficuties there have been with visibility of background paths on different systems)

Technically it is possible to assign any color to a glyph. This is used when importing a file. Select a bunch of letters and run this script:

This will result in this:

One could write a script that sets the color for the current selection.

Is this still a problem. I worked on this a few weeks ago. Can you send me screenshots?

That looks great, but for those of us who merely prefer to right-click-select, we need it built-in.

Nice. It would be more straightforward to be able to define/redefine/add to the existing swatches.

Is this still a problem. I worked on this a few weeks ago. Can you send me screenshots?

It’s not a big problem, but foreground and background path colours are very similar when they’re overlaying a filled black glyph (marks that overlap bases for example): 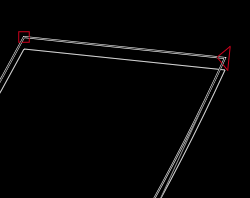 What you see is mostly the masking color and not the actual path. Glyphs draw a line in the color of the background behind the actual outline. That makes the black path visible in cases like this if there is another glyph behind. The background draws a mid gray color, so it doesn’t need the masking.
What color would you choose for the background be help in this case?

I’m not sure, I’d have to try different colours to see what works.

Also, using the knife tool on such a path (with another glyph behind) is problematic. Normally the knife shows a line when you drag, but when there’s something behind the knife line is invisible.