Hi, I’ve noticed these little icons besides a node on some masters but can’t see any mention of them in the handbook or the forum. I’ve opened Glyphs without plugins just in case.
The node itself looks pretty unremarkable. 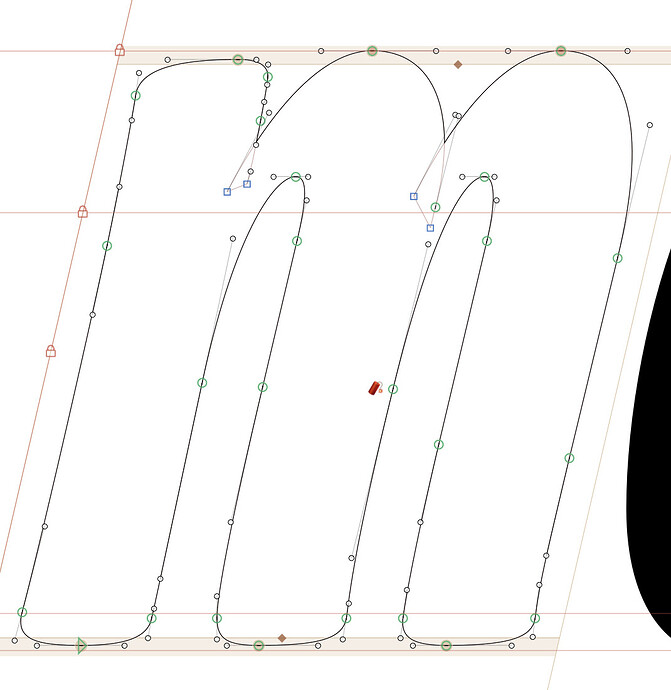 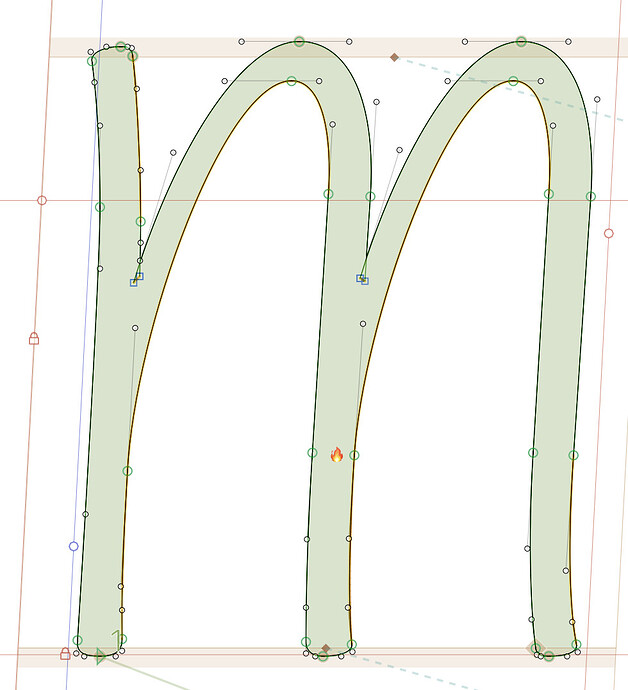 That are notes attached to the nodes. Probably a script that put them there.
Select the node and run this script:

I also find them a lot in old files, those are Rainer’s fault

I think they come from the Kink Finder script. It points out nodes that are prone to producing kinks (like the ones in your screenshots, provided they are used to interpolate other instances).

You can clear all node names in the file like this:

Fire emojis are from the Rewire Fire script. You can comfortably get rid of them with the Garbage Collection script.