I made an Chinese font and met some problem. I’ve add a localized font name to the file but it can’t display Chinese font name in Adobe’s app. If I add the ROS propertiy to the font, it can display the Chinese font name, but the font become strange. OTF file’s icon become abnormal, Info in Font Book preview become a long list lettering, and the text use my font in Illustrator will have an infinite text frame and I can’t move it because it is too large to Illustrator.

How can I solve it? 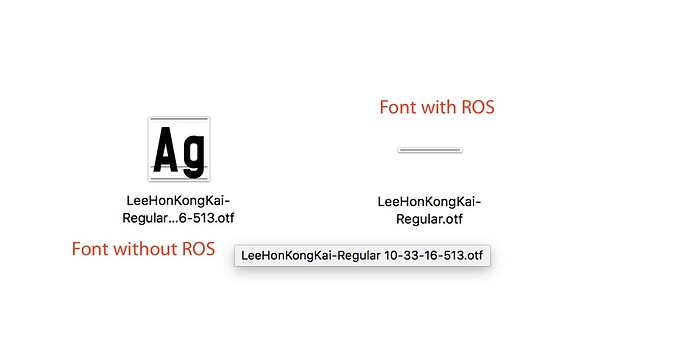 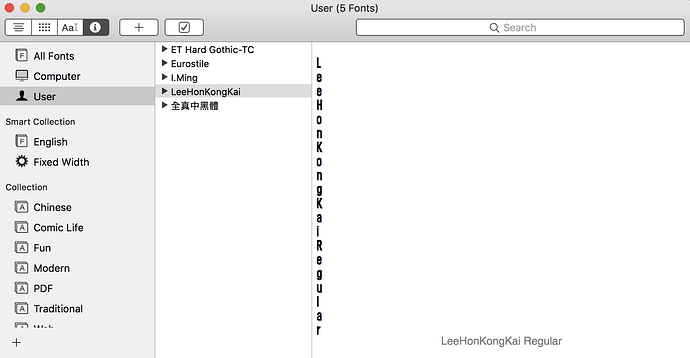 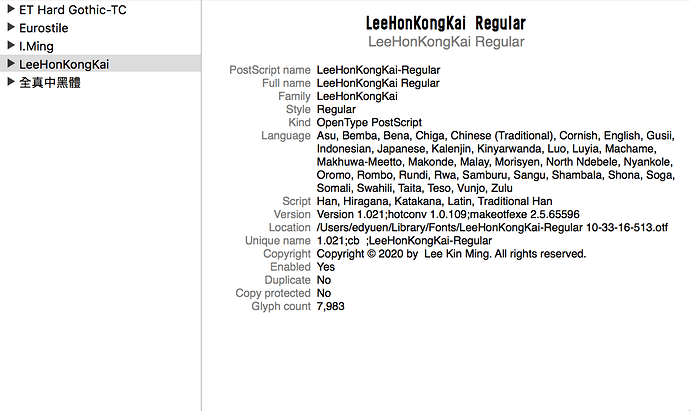 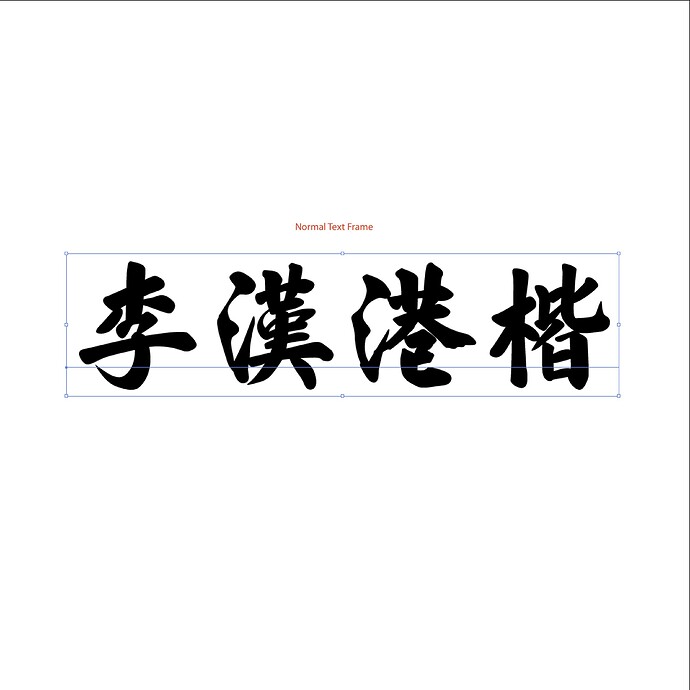 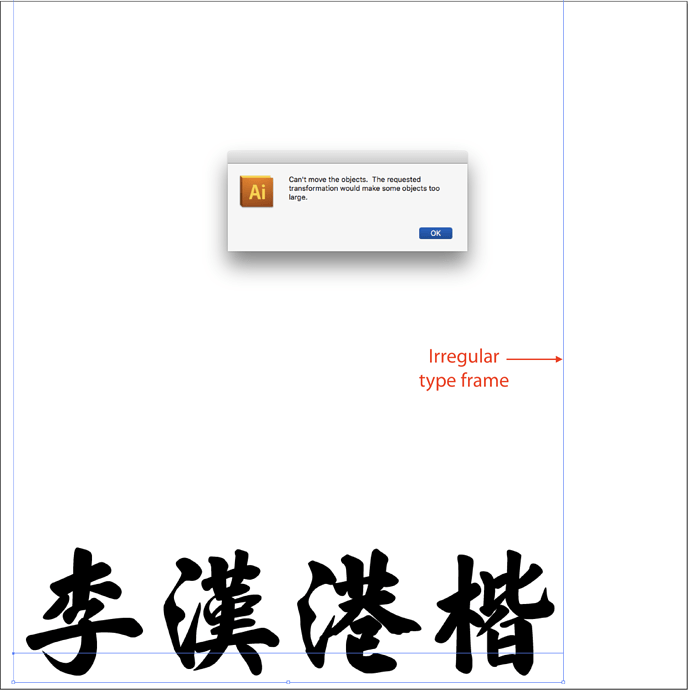 The CID export is currently broken. It is on top of my list. I’ll hope I can fix it in the next few days.

I just uploaded a new version that restores CID export. The default GSUB and CMAP resources are not used, yet. So you need to add your own features are the cmap is generated from the values in the glyphs file.

How can I got the new version? I just check it in Glyphs (2.6.5) and got nothing

Can you send me your .glyphs file?

What ROS did you use?

I didn’t realize that you are using Glyphs 2. I had fixed the CID export of Glyphs 3. I just tried the font you send me and it seems to be exported correctly. Can you send me the .otf that shows the problems?

I can’t find any reason that you realise I’m not using Glyphs, and I can show you my license, it is since 2017. Actually I just have two font edit software in my hard disk, Fontforge and Glyphs.

You maybe fixed the CID export, but it maybe only in your computer. I had check the update within Glyphs, but only got the G3 update notice. NO CID fixed G2 update, and my Glyphs still in version 2.6.5(1342)

Hope that you are not too busy in fixing G3’s bugs and ignore the G2’s problem.

And latest, I sent the font to you already!! 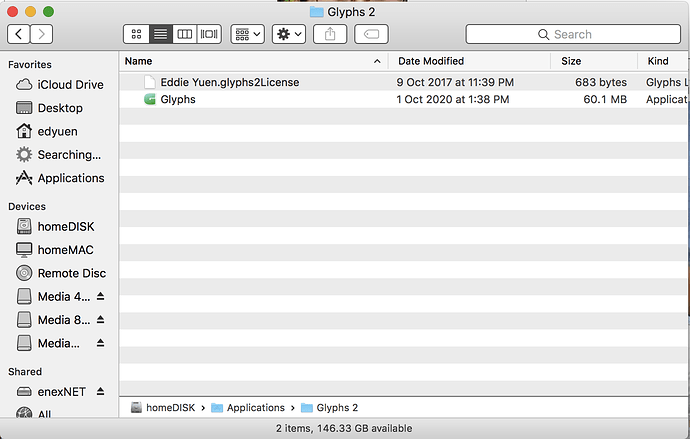 I never implied that you were not using Glyphs. I just said that you use Glyphs 2 and not Glyphs 3 as I initially thought.

There was a big problem with the export of CID keyed font in Glyphs 3 and I fixed that. The export from Glyphs 2 is fine, so I don’t need to fix it. I can’t reproduce your issue, yet. That’s why I asked your your .otf file to see what is wrong with it to find the problem.