I’m receiving this error upon launch. The plugin that is triggering the error is one that I wrote, which uses Vanilla.

Any idea what is causing this? This plugin previously ran perfectly, and the same error is being called for each of my plugins that use Vanilla.

I’m having the same issue. 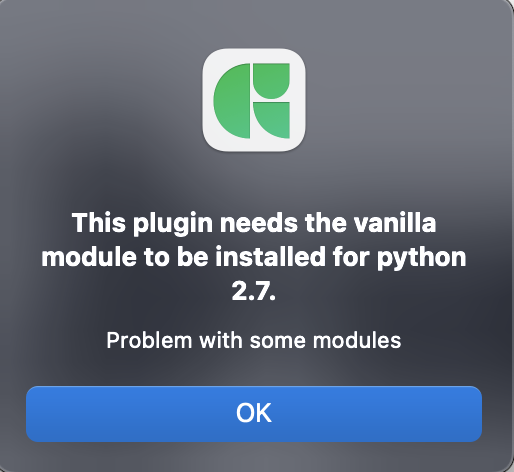 and I have the vanilla module already installed

I have received other reports as well. We’re investigating. 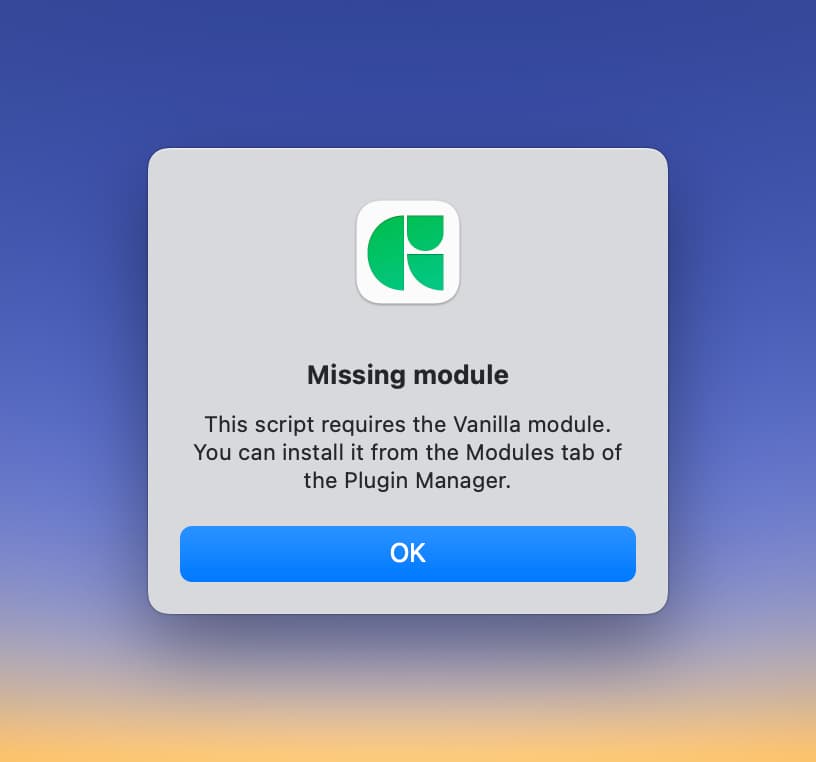 This began for me after a restart, so I wonder if it had something to do with a cutting edge release of Glyphs?

Reinstalling all modules does not fix the problem.

I am only seeing the error re: plugins I wrote myself, installed via aliases in my plugins folder.

Yes, specifically the error messages I am seeing concern plugins that use Vanilla. 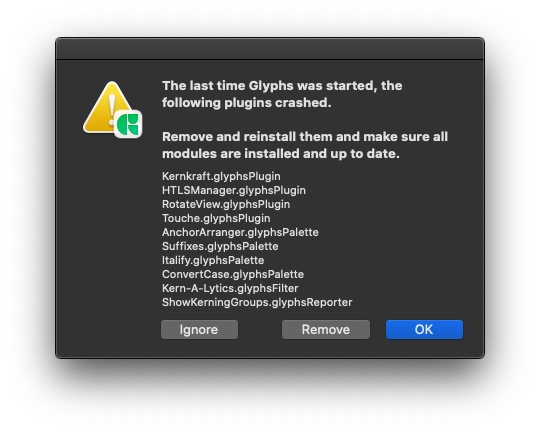 Frederik “fixed” a waring that introduced a dependency that is not installed by default.
fix deprecated warning (#169) · robotools/vanilla@9b96eef · GitHub

Kernkraft installation and instructions for use
GeorgSeifert September 8, 2022, 7:52am #13

I changed the repo for the vanilla module that doesn’t contain the breaking commit. Please remove and re-install “vanilla” from the plugin manager.

Thanks @GeorgSeifert, it is working properly right now,

Re-installing the Vanilla module fixed the issue for me. Thank you!