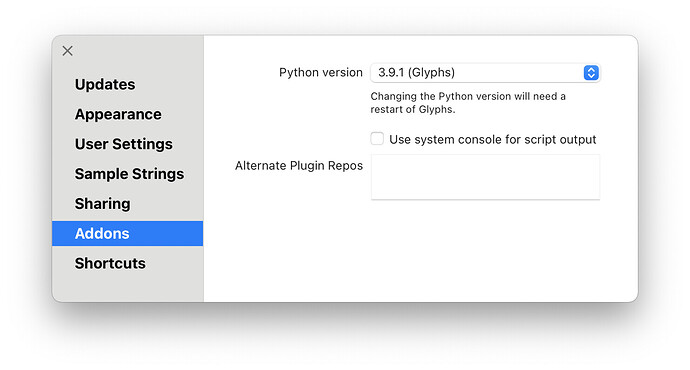 Thanks for the swift response!
It looks exactly like that.

After unchecking that checkbox, did you restart Glyphs?

I did, and also my computer.

It started after I tried to test robofab - none of those scripts had any result. After reading some posts on the forum on the macro window, I noticed I had the same issue, but none of the suggested solutions have had any effect so far.

(the issue that the macro window seems frozen, that is)

Can you post a screenshot of the macro window?

I would, but all of a sudden, it seems to be back up!

Any idea what can cause this?