Hi!
I have a question. I cannot open the Glyphs app after installing an update.
It’s really unresponsive. The icon doesn’t even jumping at all

Yesterday, a popup has been displayed, saying to download Python. I did it but, from that point on, Glyphs has stopped opening. 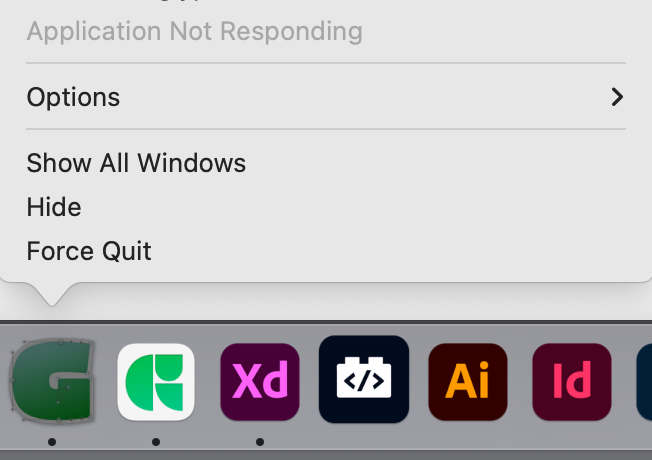 Instead, Glyphs 3 opens correctly, though it doesn’t load scripts.

it’s still cannot be opened. the icon was bouncing at first, but after a while it froze and unresponsive again

Have you removed all plugins (from ~/Library/Application Support/Glyphs/Plugins)?

Plugins removed, now it works for me!
Thank you.

Unfortunately, in Glyphs 2, the Macro window displays this message when I try to execute a script: 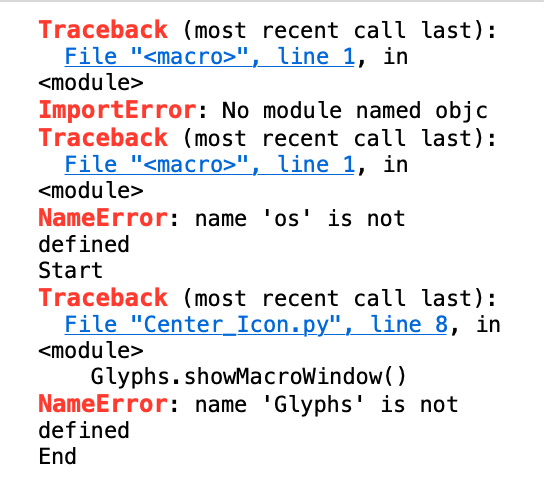 yess finally! it works for me now. Thank you so much

@ninis are you able to execute scripts?

I haven’t try to execute script yet. Is it obligatory? I’m in a beginner level of using glyphs so I’m still unfamiliar with the most of features

Ok, don’t worry, scripts are not mandatory, but they could be very useful, among other things, to speed up your work by automating certain tasks.

@PaoloBiagini You need to install python and pyobjc: Glyphs 2 on Monterey | Glyphs