I’m working on a colorfont using gradients, there’s a recurring bug that keeps popping up when I export it and test it in FontBook. For the most part the SVG exports the gradients quite well, but the more glyphs I colorize, I keep running into paths where the gradient hasn’t been applied.

As you can see, it looks fine in the Glyphs editor. Often I can fix the problem by moving some gradient parameters around, but the more complex the font gets, the more it feels like I’m playing whack-a-mole with the error. 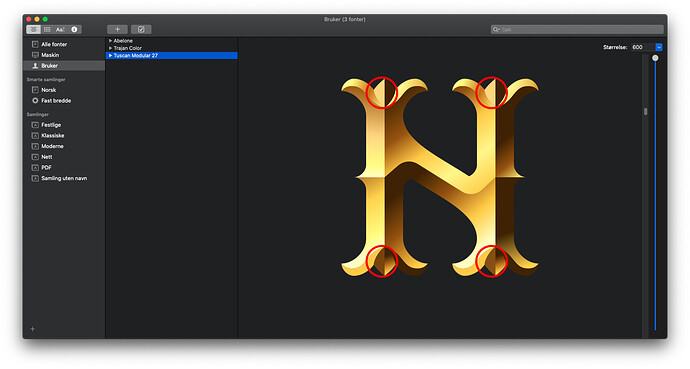 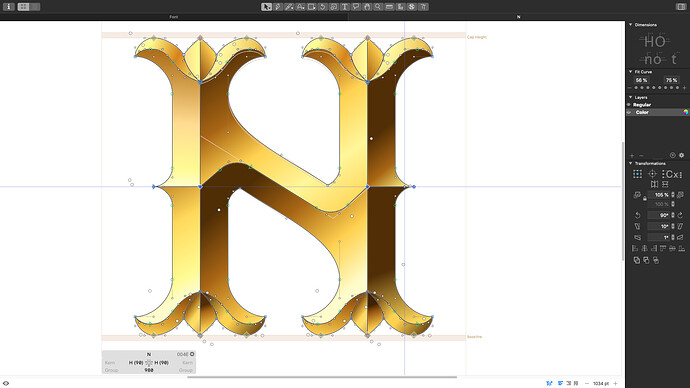 I’ve noticed that I can open the .ttf in a text editor and find the svg data in plain text baked in with the binary data.

I did a little more digging into the problem, hopes this helps…

I found this little trick where I open the colorfont in a text editor and to a regex-search for SVG-tags, I then extract that SVG and save it as a separate .svg document and open it in a vector graphics editor (Affinity Designer).

When I opened one of the glyphs in Affinity Designer I found that one of the paths with broken gradients still had a gradient, but it just didn’t display on screen: 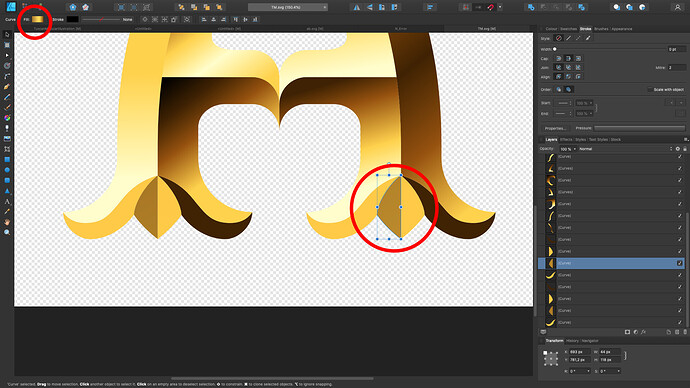 Can you send me the .glyphs file, too?

I sent the .glyphs file in a private message yesterday.