How can export font that don't change width I set of some special chars?

My font contains characters with unicdo of 0301 and 0345. After exporting the font, the width of these two characters is changed to 0, but I don’t want to change the character width I set when the program generates the font (these codes have special purposes). What should I do?

Both of these glyphs are ‘combining’ glyphs that are intended to have a width of 0. For editing, they can have a width > 0 in Glyphs, but on export, Glyphs automatically reduces their width to 0.

The fact that these glyphs should have a width of 0 is defined by the Unicode standard. The name of the Unicode characters states that:

Formally, the fact that characters such as these should have a width of 0 is defined by their Unicode properties. You can use an app like ‘UnicodeChecker’ to see these properties: 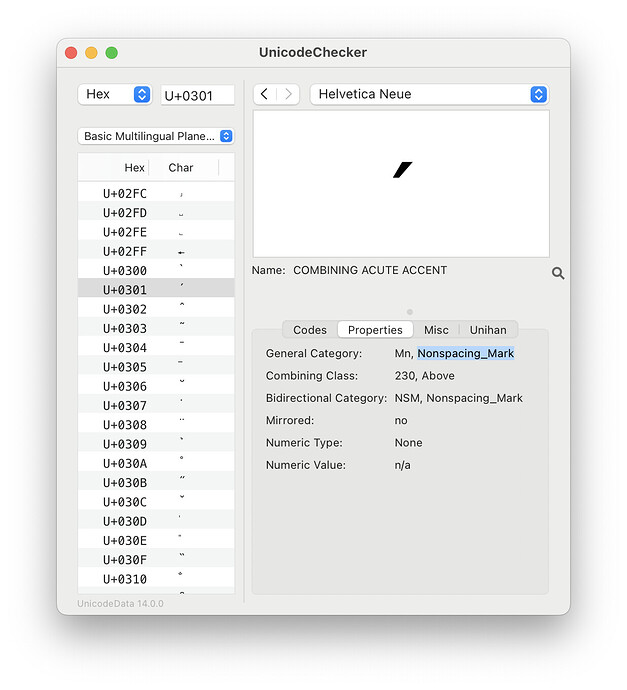 If, for some reason, your font does not need to adhere to the Unicode standard, you can select the glyph and choose Edit → Info for Selection… (⌥⌘I). There, change the Subcategory from Nonspacing to Spacing: 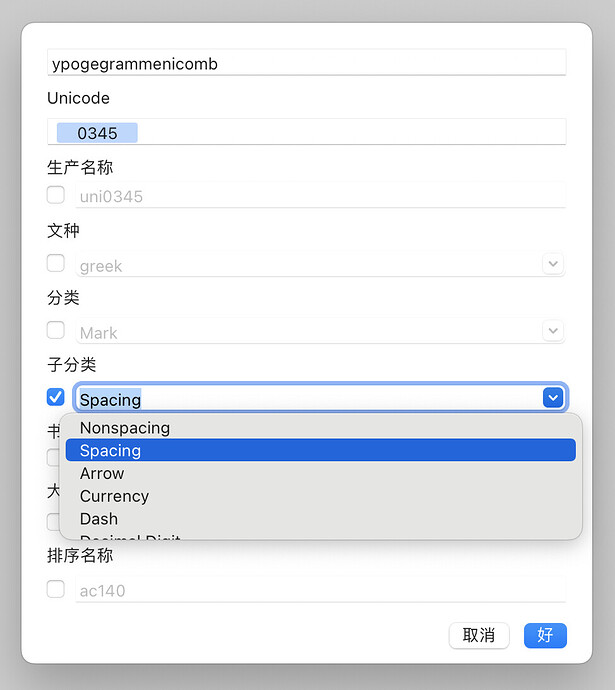