Hope all is well!

Anyone can tell me how I can remove/edit the components of these shapes in the background? I can’t seem to touch them with my mouse, they seem locked? I attached a screenshot for reference. 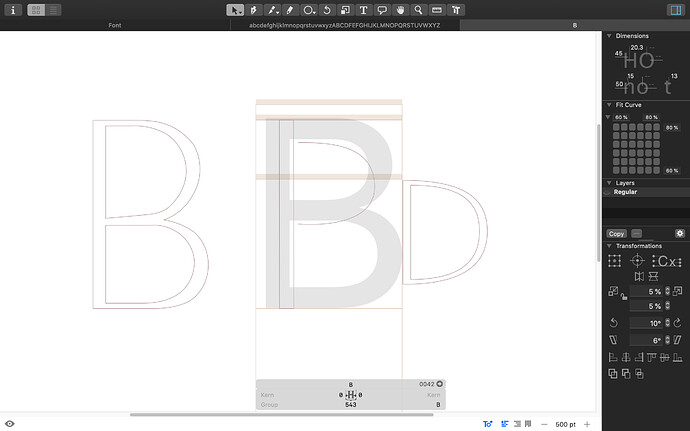 It worked! I just wanted to remove it!

How does this even happen?

When there are no shapes (paths, components, …) in a glyph, Glyphs will show a grey placeholder representing that glyph so it’s easy to quickly see which glyph you’ll be drawing in. As soon as you start drawing, the placeholder will disappear.

Thanks buddy! That was helpful!

Also, if you don’t have anything selected, Command-J will clear the Background.