Incompatible master - but everything looks fine

I have a few glyphs that are marked as incompatible and are not interpolating. However, there is nothing obviously wrong with the glyphs. I’ve tried all the usual tricks such as correct path direction, checking for stray points etc. but nothing is working.

Any ideas what I’m doing wrong? 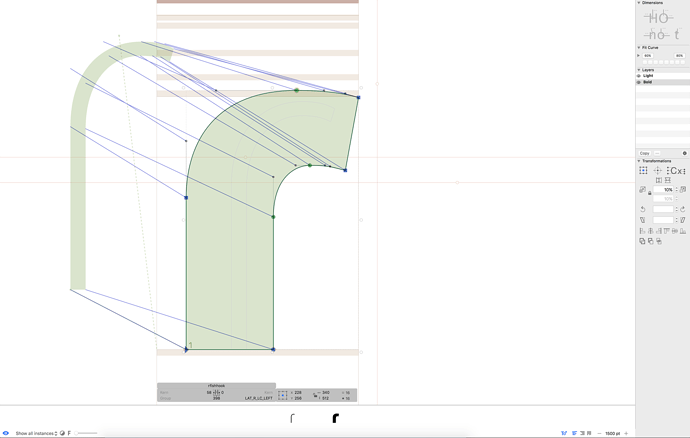 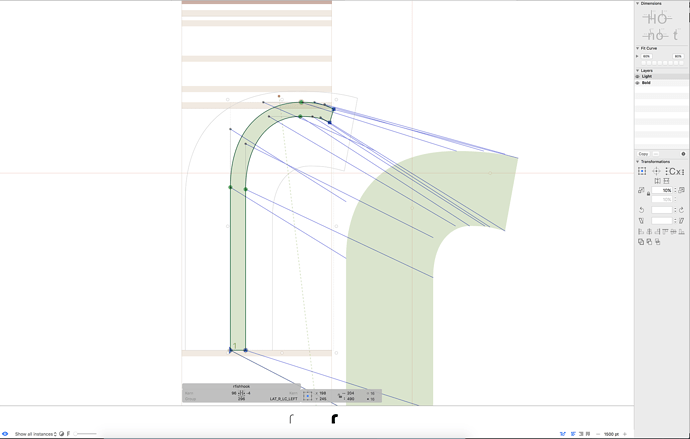 There is an anchor present in your thin master (on the top), which is missing in the other one.

Thanks for that Arialcrime - you’ve saved me a lot of head scratching!

Yes. You can see that there is a line going to the origin (0,0) point. The compatibility view draws lines to the origin point when the object it tries to connect does not exist in that master.

I’m having a similar issue here where it seems I may have some anchor point missing somewhere, but I can’t for the life of me figure out where it is, I’ve spent almost an hour on this single glyph looking for it to no avail. Any ideas? 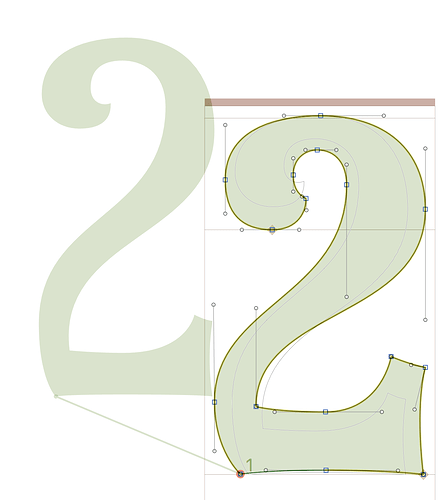 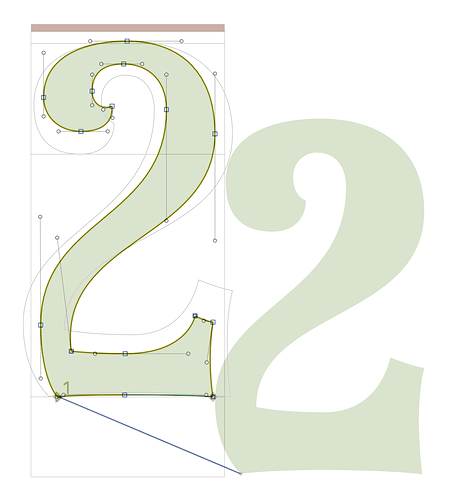 In that first image, it looks like you might have an extra node in the glyph on the right. See the red circle near the 1. The red highlight indicates two nodes at the same position. You could use the menu Paths > Tidy up Paths (Option-Shift-Command-T) to get rid of the extra node.

A few things you can do:

The node count is the same, and I thought the red/orange circle was the culprit as well as it usually signifies a duplicate point, but not in this case strangely. When I select all it definitely is looking pretty crazy, so for sure something is off, but I’m just not sure where. I might just design one of these again from scratch using the other one as the base if these tricks don’t work. Thanks for the suggestions!