I created an Intermediate Layer according to the Handbook, but instead of asking for the axis value it asks me a percentage. 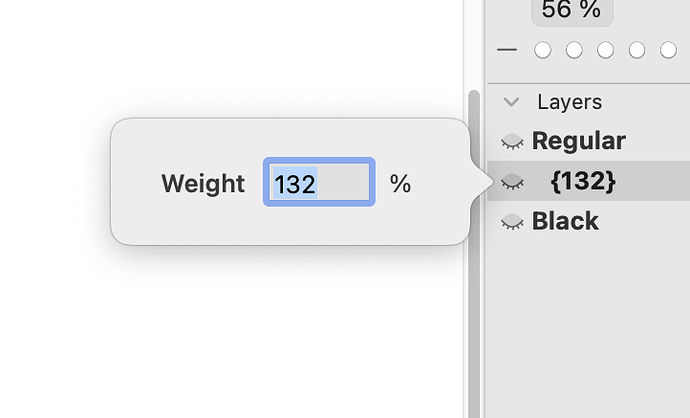 Now I don’t know if I want to calculate the percentage of weight for my intermediate, I’d rather put in the exact location on the axis as the Handbook suggests I could.

Also: since I have an intermediate layer the .designspace files I get are a bit confusing. I now have 3 sources instead of 2, the new one being named “Regular date and time”.
I like to test in FontGoggles and it doesn’t really like it, but I guess that is because of the intermediate and its just not up to the task of displaying it correctly?

What glyph is that? This should only happen in a _corner glyphs.

It was either a /k or an /x, definitely no _corner (there are none in the file).

My guess is it’s just a UI bug since the 132% correlate perfectly with the location on the axis.

I’m on the current edge version.

I believe it happens in any glyph now. Appears to be a bug.

Please ignore the percentage for now.