When creating variable fonts, there can be a very big difference between the instances that Glyphs previews in the preview panel and those that get exported in the variable ttf. It seems such differences are magnified by the number of axes in the font: 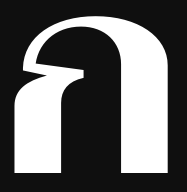 Preview of ก as shown in Glyphs 3/ 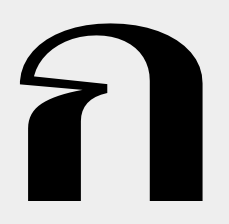 Actual ก in the named instance in the exported font.

This makes the preview panel quite useless and we have to instead rely on exporting the font frequently and then guessing which masters to adjust to achieve the correct letterforms.

Additionally, we want to put in masters at some of these coordinates, because the combined deltas don’t always result in neat outlines. But because of Glyphs’ faulty interpolation, converting the instance to a master means the master also doesn’t match with the actual instance we need.

Here’s another example. First is how the named instance looks when exporting. Second shows what happens when we convert that instance to a master in Glyphs 3.

We currently have 16 axes in this font, so the results may be more extreme than most people will encounter. But as you can see, I can’t get the master to look anything like the instance.

I’ll have a look. The algorithm is indeed quite different between the instance generation and how variable fonts interpolate.

Note: we get the same problem with any exported instance, not just when converting an instance to a master, or when showing the instances in the preview panel. It means every named instance exported as a static font from Glyphs has the wrong outlines, compared to the same named instance in a variable font.

I’m curious if there’s any updates on this

Not yet. But I think I have figured it out. So I just have to write it down

Hey Georg, thanks for taking a look. Do you have any idea when this might be implemented? I’d like to know whether we need to find a workaround for our current project, or wait for you to get things updated.

Carefully asking once more: any updates on that?

I made it. Will be in the next bigger update that will be released soonish.

Any update on this Georg? Our project has been on hold for over a year because of this issue.

Sorry that it took so long. I’m currently cleaning up stuff. That should be done in the next few days. Then I can send you a version.

Sorry that it took so long. I needed to fix a bunch of things before I can start preparing the next update. That is mostly done, so the update is near. I hope I can send you a version in the next couple of days.