Is it possible to show character instead of glyph name in font panel view?

Is it possible to show character instead of glyph name in font panel view? (for example, ‘1’ instead of ‘one’, ‘2’ instead of ‘two’.)
If it’s not possible, how about adding this feature which works with custom file?

I think @Bendy once wrote a plug-in that does that in Edit view.

And if you switch Font view to list mode, there is a character column.

I’m thinking about doing that. The problem is that there are a lot glyph that do not have an unicode and thous can’t be represented by a single character (like one.tf or a.sc). And there are also characters that can’t be distinguished by the shape (acute vs acutecomb) or are very small and can’t be really seen in the font size in font view. 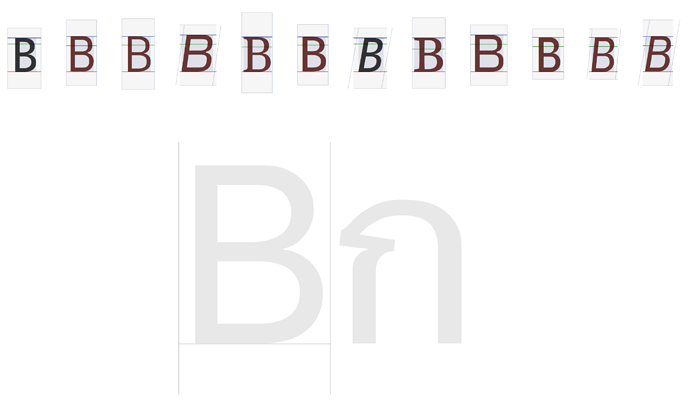 Thanks for your all replies.
I’ll try it with the reporter plugin that shows character at the origin point.

I think FontLab’s glyph caption can be a good solution which works with custom name file.

Mark’s plugin seems to be very powerful. It can be one of the ‘must have’ plugin!

I could even think of making it default in font grid view for some script/categories (like for ideographs). The info box in the right would still show the actual glyph name.