Component in glyph does not react on changes in its parent-glyph. First, I thought that it is coused somehow becouse of smart component feature, so I deleted everything from settings. Still component updates with delay. 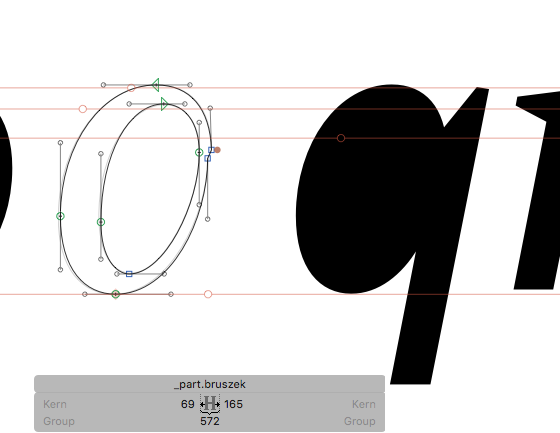 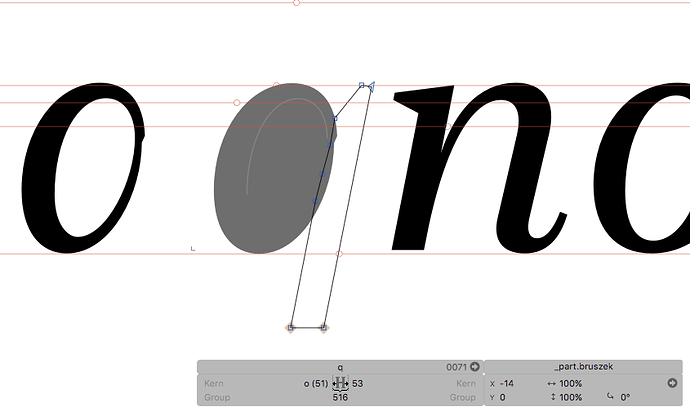 Can you reproduce it? If so, could you send me the file?

I don’t know exacly when it happend:
I had some glyphs with ‘part. component’ and during moving the nodes in this component, I realized that it does not affect components in some of the glyphs: So I deleted smart settings from ‘part. component’.
Even after this, component in different glyphs act diffrently.
After restarting the app everything looks fine, but after a few changes in nodes positions problem appears again.

EDIT: Now non of glyphs react on actions in component glyph. They are updated after restarting app.

Is this fixed? I have a similar problem when editing smart components. Editing the path updates all the glyphs in real time but cmd-z does not revert them – i have to nudge the component or the path at least 1 point to update it again.