Issues with the Touche Tool Plugin in Glyphs 2

We’re regular users of Nina Stössinger’s Touche Tool. We’ve been using a version of this tool from 2018. We pulled the latest version recently from the Plugin Manager, and we’ve encountered several issues, which we wanted to report.

One issue seems to be that the tool crashes Glyphs.app to the Desktop when trying to check curve-to-curve clashes. Please see Issue 1 in the steps to reproduce below.

After adding a very minimal patch to the Plugin Source to get around the first issue, the Plugin seems to return incorrect results on certain forms. Please see Issue 2 in the steps to reproduce below.

We’re happy to provide files for debugging purposes, if that’s useful. We’ve rolled our plugin back to the 2018 code (which works perfectly for us), so this isn’t an urgent matter. However, we did want to bring it to your attention. 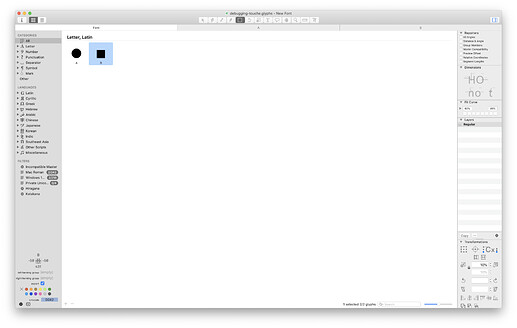 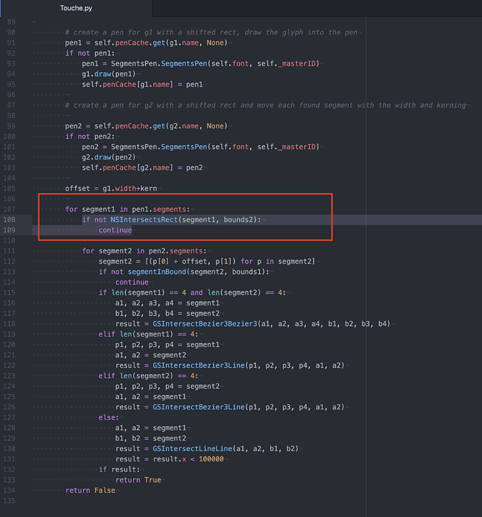 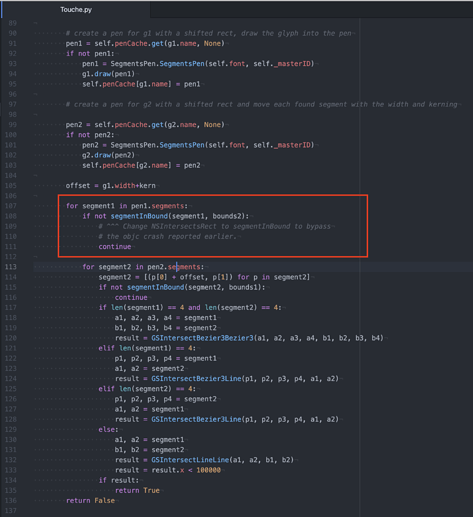 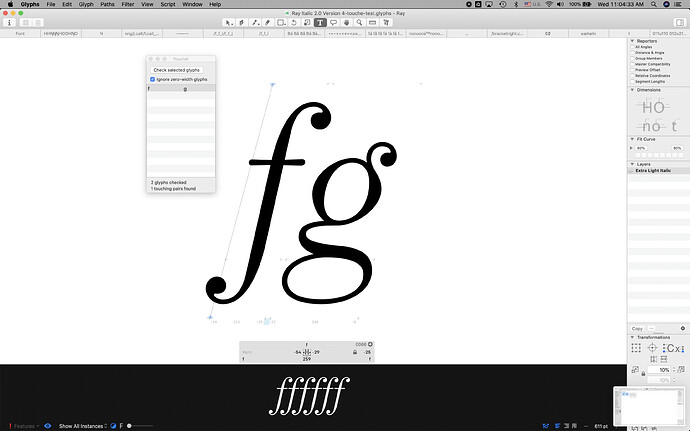 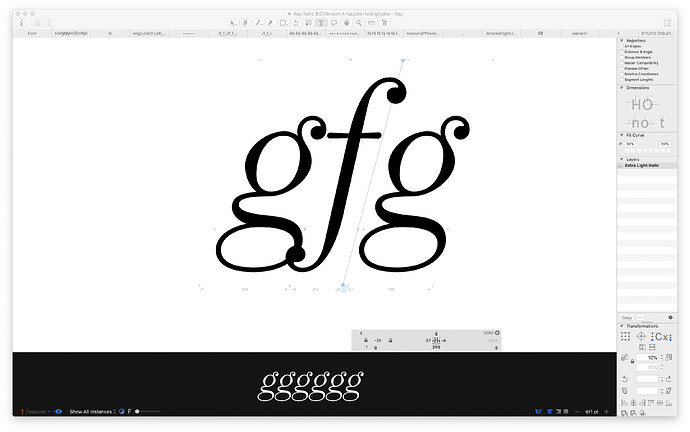 How to get Demo Files for Testing

Please email nic at occupantfonts dot com for a copy of the testing file related to Issue 2. We can
also provide the crash report we received for Issue 1 above, if that’s of interest.