I am new to Glyphs and I am using the app to add some stylistic alternates for a font that someone originally digitized for me using FontLab.

Right now I have one for the letter O, view image: 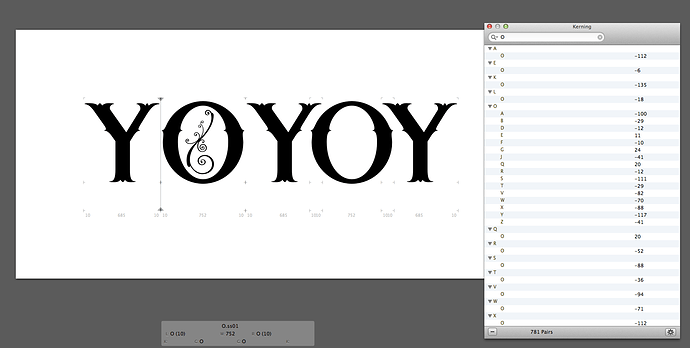 As you can see in the image, I have entered O as a kerning group for both the left and right kerning on O.ss01 but it is not being applied.

What have I done wrong?

After adding the class, you need to apply the kerning to the class to. You can do that by clicking “Compress” in the gear menu in the kerning panel.

Thanks for your response, after re-reading the Handbook I realized my mistake:

My original O glyph was not in a named class, so O.ss01 was referencing nothing.

I thought it would just pick up the O kerning, but I was wrong.