Ligature with space not getting added to kerning group 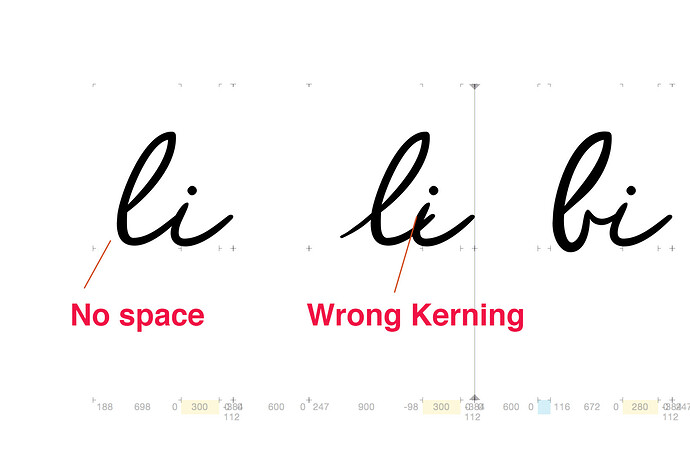 I added the glyph called space_l and changed its name to space_l.liga and glyphs generates the feature just fine.

Trouble is the kerning. I don’t think it’s getting added to kerning groups. I’ve set left to “space” and right to “l” but it’s not doing it properly. I can’t see it in the kerning window in any groups.

I’ve added a screenshot to show what I mean. Any suggestions to how I can fix this?

Screenshot shows “li” with no space (thats fine) and with space (wrong kerning) Tried compressing the kerning, still not working.

it isn’t a good idea to add a space key to a ligature. Because direct substitutions with space do not work reliable. And what should happen if the l is in the beginning of a line?

Please check this tutorial to see how it can be done: https://www.glyphsapp.com/tutorials/features-part-4-positional-alternates

Wow that’s just blown my mind, I did not know about