newbie here so be patient.
I created a ff ligature glyph. But when I decompose and adjust the forms the LSB and RSB numbers turn red.

What are the rsb and lsb values of the ‘f’ ?

The red values is a warning that the sidebearings do not match the metrics key it was given. In your case, the ‘f’.
When you hit command-shift-m, glyphs matches the metrics keys automatically.

But I am curious why you would set the stem on zero ? I would expect to see some white space to the left of the ‘f’.

Thanks Fonthausen, I not sure I completely understand but I just recopied the original ‘f’, pasted it into the double ff ligature and deleted the old one and it fixed the LSB. I refreshed the RSB and didn’t try to change the RSB number and that seems to have fixed the issue.

The reason I want the stems on all my characters to be at ‘0’ is because this is a script font and is makes it easier for me to connect the letters that way. Is it wrong to do? I should probably do an 'ffl" ligature too. 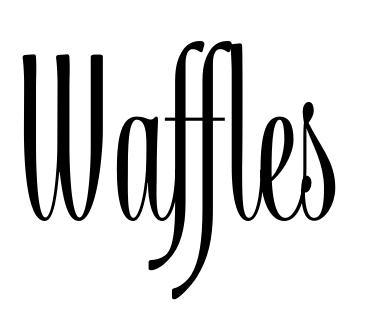 There is no ‘wrong’ way to do it, as long as you are happy with it

You could also use kerning to connect some combinations. What would happen, if you would spell the word ‘If’. Would there be enough space between the uppercase ‘I’ and the f ?

Usually you set the spacing to be in the middle of the bounding box. And to make the out-stroke of ‘a’ hit the stem, give the ‘a’ a negative RSB. So in your case, shift all glyphs a bit to the right.