In the attached font, the lam_alef-ar and lam_alef-ar.fina has top_1 etc. anchors, but the other lam-alef ligatures that use them as components don’t get the mark components automatically aligned.
AmiriII.glyphs (205.5 KB)

I’m not sure if this is supposed to work or not.

Where was this screenshot taken from? If InDesign, which version?

I downloaded your file and the /hamzabelow-ar seems to position below the /lam_alef-ar after exporting the file and using it in Indesign CC2019 (version 14.0.2). 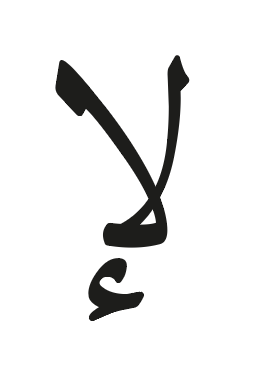 Actually something weird is occurring in the file and it’s uncertain what it is.

The screenshot is taken from Glyphs. The exported font has the same issue, the components are misplaced. I’m certain something weird is happening here as I checked other files I have and they don’t have this issue.

Interesting, didn’t know about this. Works fine, thanks.

Would have been better if it worked by default, but I can imagine that in general case it is not possible to tell what part the mark belongs to (may be, as a new feature, for known ligatures the data would store also the part number of the mark).