There is the Show Interpolations plug-in that shows instances in the Edit view. Find it in Window > Plugin Manager. If you want to measure, you would need to File > Generate Instances and then measure.

Is this possible already with any plugin? Measure what’s happening on a certain instance.

Yes, there is a plugin Show Stem Thickness

What I need is something like this to measure the stem on the ‘Medium’ instance (for example).
I know @Mark next variable plugin version will allow to do something like this, however I’m still working with Glyphs 2 and I’m not sure when I will change to Glyphs 3. 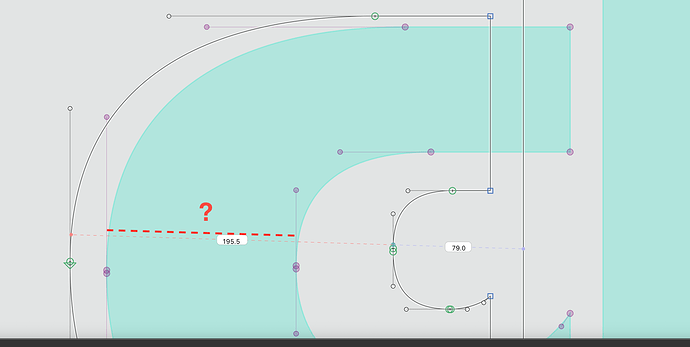 Currently this feature is only planned to ship with the upcoming version of Variable Font Preview. There was too much to change in the code to make it work in Glyphs 3, that I rather don’t want to add features to the previous version.
The new version for Glyphs 3 is coming very soon, I am currently working on getting it into the Plugin Manager. Some minor hurdles to get out of the way still, but I recommend to upgrade to Glyphs 3, there are so many new and useful features as well as Plugins already and coming.