I figure none of these are bad enough to justify a thread, but maybe all of them together…?

(Yes, I promise I will make components for all my /Q-tails in future typefaces…)

Digging this thread out for a question:

Are brace Layers actually working in 1189?
I followed the tutorial: copied a master and gave it the name Intermediate {97, 100} 97 which is the exact weight value which I wan to adjust in this glyph. Then I heavily distorted the paths in this layer (still compatible) in order to see a result. But I don’t see anything happening. (I also tried to call it Intermediate {97} because I don’t have a weight axis, and also added an axes parameter for weight and width for testing. No luck here. What am I missing?

Using a bracket Text [97] like so works. It there a difference in the result?

Are brace Layers actually working in 1189? 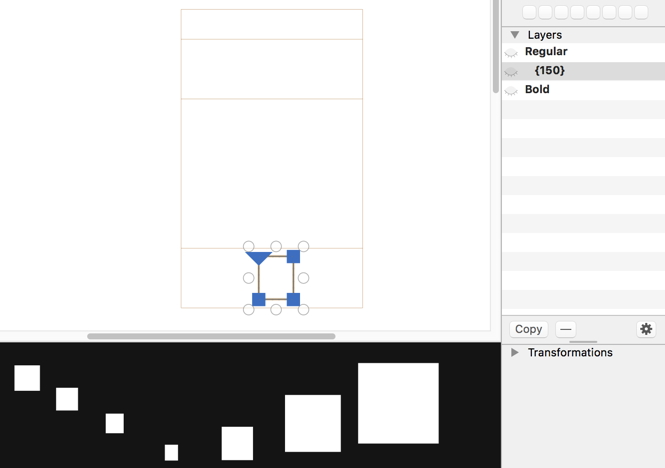 I don’t quite understand what your setup is. How many axes? Can you send me the file, maybe?

What do you mean by “copied a master”? You mean master layer?

Yes, I meant the master layer was copied.

Here, can’t make it work. Is the master setup wrong for it?

The Medium master and the Brace layer have the same coordinate. What are you trying to do?

Maybe that what the bracket layer is for. Maybe I confused them. I think I understand now. This one is supposed to add a master for the glyph which is not existing for the font, right?