I’m having an issue with overlapping nested components causing an overlap problem.
My setup (as shown in the image above) consists of 3 masters: Regular, Inline, and background.
In the Regular style, inline and bacground glyphs are combined as components in the main letter glyph.
There is a alternate level (.ss01) that adds curls (also components) to the inline terminals (bottom row above).
The inline path direction is clockwise and the outline path dirrection is counterclockwise.

This is working well for the regular inline style using the added custom parameters shown below, but I can’t seem to get the curls in the .ss01 alternates to join without an overlap problem no matter what I try. They have the same path direction as the inline. 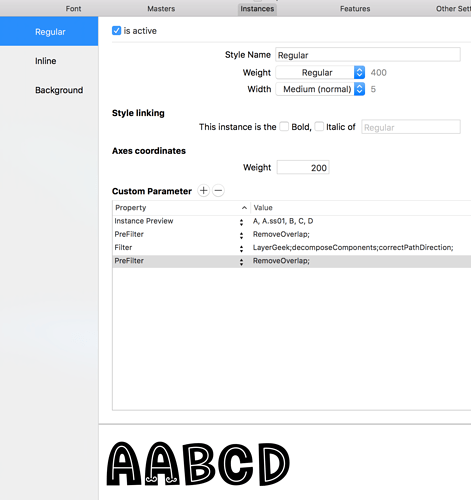 This is how the exported font looks in Illustrator. 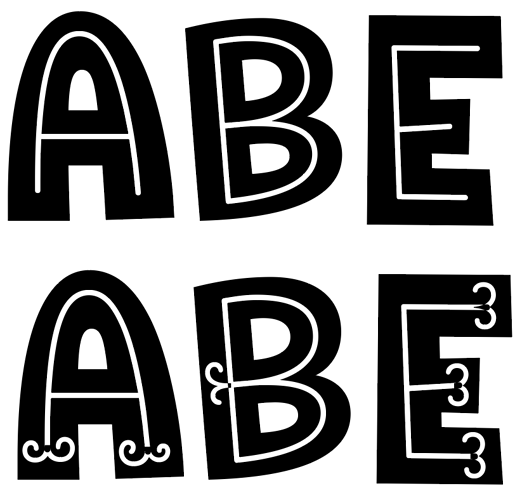 I could just join the outlines of the inline style but I really like the flexability of working with components.
Is there a better way I can set this up? Other custom parameters I should add?

Maybe remove the “correctPathDirection”?
You might need a more complected script that first removes the overlap only from the inline+curls.

This really seems like the custom parameters are not working as they’re intended to.
No combination of custom parameters I’ve tried will export the font correctly.
I’m able to get the preview to look right as shown below: 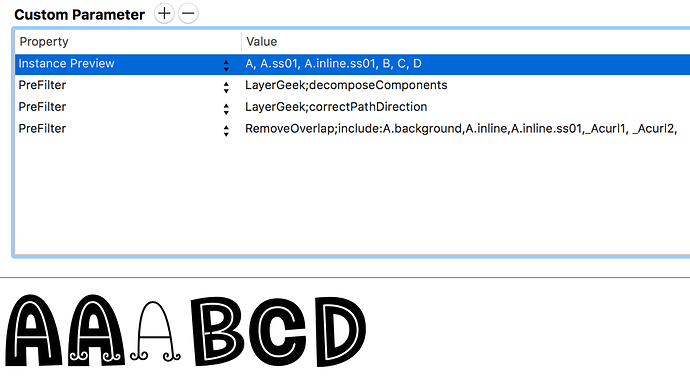 But the exported font looks like this in Illustrator: 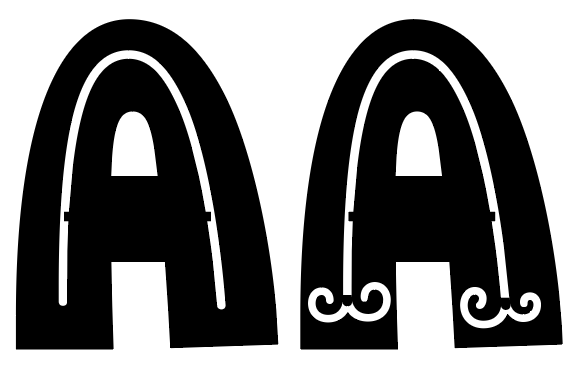 Here’s the glyphs in Glyphs along with the preview: 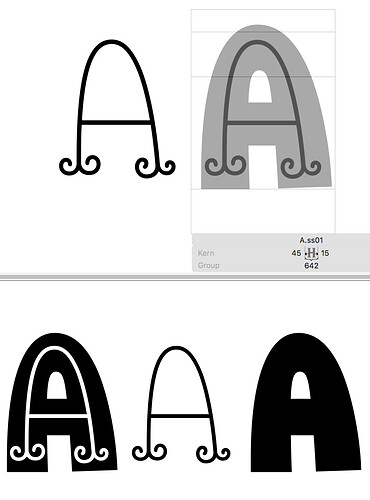 What’s difficult to understand is the process order of the custom parameters. I assume it goes from top to bottom. It seems like the way I have it set up should work but the steps are not actually carried through correctly at export.

In this case i would write a custom plugin, that merges the inline and the curls, and removes overlap before it merges them with the background. Otherwise you always run into some overlap troubles somewhere.

I thought adding the include: statement to the RemoveOverlap filter would make it process those glyphs first. Is that wrong?

Is there any existing plugin that would handle this?
I could maybe figure out how to write one myself but it woudl take time that I don’t really have right now.

Seems unfortunate that what you see in the preview it not what gets exported.

I would try to not do the correct path direction before the remove overlap.

I finally figured out a recipe that works!
Thanks!
the preview looks wrong but the exported font is correct. 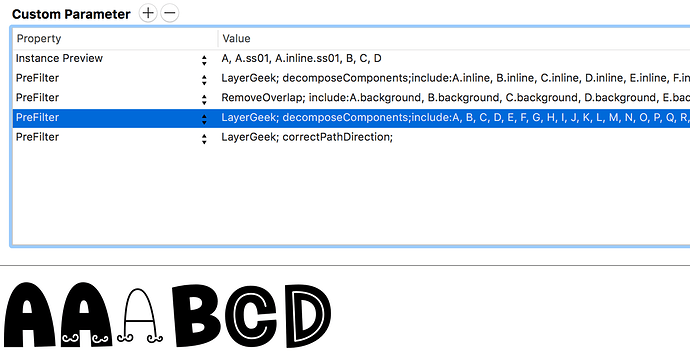 I figured the same issue and reported, that the preview doesn’t represent the state of a PreFilter. Hope it can be solved at some point