hello everyone, when i saved my design all of the anchors on curves turned from green dots to green rhombuses, they don’t work the same and are hard to manipulate, can you help me? 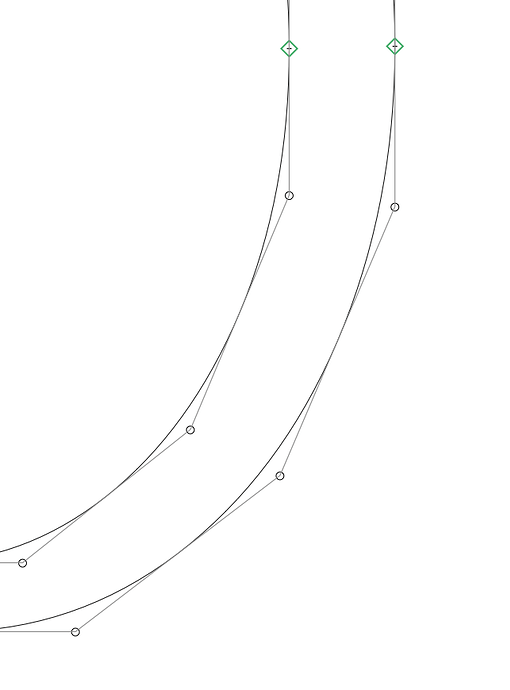 These are quadratic outlines as stored in a TrueType flavor font (.ttf or .ttc file extension). The outlines in Glyphs are cublic outlines. You can different the two types as follows:

When you edit a Glyphs file (.glyphs file extension), you should see cubic curves. Only if you open a TrueType flavor font in Glyphs (.ttf or .ttc) do you see quadratic curves.

You can convert quadratic curves to cubic curves by choosing Path → Other → Convert to Cubic.

Did you open a .ttf or .ttc file? If not, what file did you open to see these quadratic curves?

Thank you for your response, I opened a glyph file but as I saved it a few days ago I also exported it in ttf…

The .ttf file is the exported file, intended to be installed on computers while the .glyphs file is your project file. Edit only in the .glyphs file. You can still open the .ttf in Glyphs to make sure it is exported as expected.