In Glyphs 3 a placeholder will become a line break if it’s the first character in a line and either another placeholder or nothing is selected (i.e. the cursor is at the end of a line and the ghost paragraph symbol appears). In Glyphs 2 only a simple space appears. Is this the intended behavior now? It’s very disruptive if I have several placeholders next to each other and suddenly a gigantic blank space appears, then I have to zoom out and/or scroll quickly to find my place again. I think this might have even caused a crash recently. I sent a bug report but thought it could also be worth making a forum post, because it’s pretty annoying either way.

This is not intended. I’ll fix it.

I just tired it and for me the placeholder keep the last valid glyph. So it doesn’t do the line break. 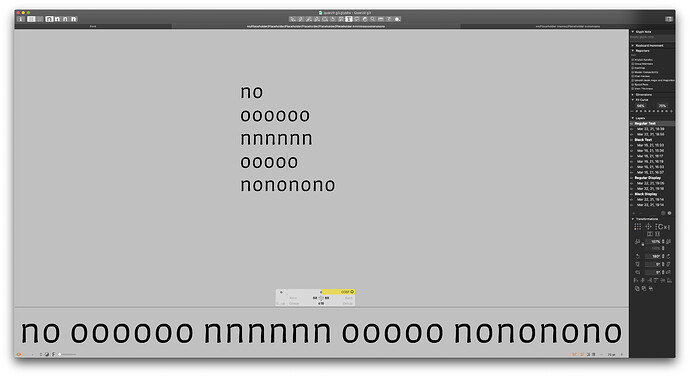 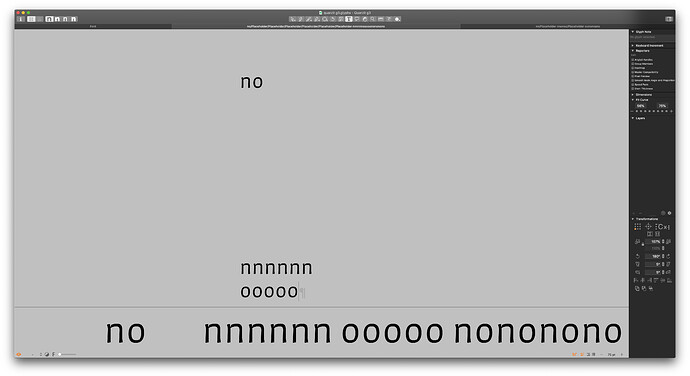 Can you run this command in the Macro Window and tell us the output?

I still can’t reproduce this.

From what I can tell this happens when a line starts with a placeholder. It doesn’t happen if the placeholder is preceded by a glyph.

I had copied your string but this didn’t trigger it. But that tip helped. I’ll fix it. Thanks for your persistence.

@leitenperger Can you confirm it is fixed in build 3077?

Indeed it is, thank you!!