Hi, I´m trying to export a font to test using the font in Affinity Designer or any program… anyway I get this messge when trying…

When clicking on “show” it says nothing… 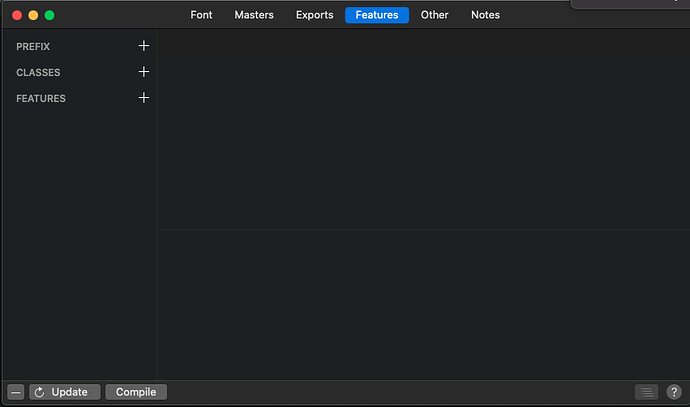 You probably have a glyph name that is only a .. You need to spell it out: period.

Hmm, thanks for reply but I just went trough them all, and I dont have any with only “.” or what is this symbol?

One question what would be the correct name to use for the other glyphs?

Anyway, I scrolled trough every letter or symbol and no only with name like that?

You can’t begin a glyph name with a period.

Ah ok cool and thanks a lot!

or I can use whatever I want just not start with a .

Ah and when I first have you on the line if I may ask… when in Text mode and do some kerning… is there a way I can get the extra glyphs to show?

Have you read this: Getting Your Glyph Names Right | Glyphs

I have now, thank you

I know I can double click it and edit the text but if I write a word and wanted to see the alternative… But if it is something I should find out by reading I’ll understand!

The easiest is to write an opentype feature and apply it in the edit view (lower left).

Or write custom sample texts that contain them.

Or manually add them to the edit view with the Command+F dialog.

Thank you so much!!