Problems with anchors in Photoshop

I have tested a font in different apps of Adobe and it works pretty well in Illustrator and InDesign. However, when I use the font in Photoshop it does some strange things:

For example, when I type the letter “h” and then the letter “r” as in “washroom” the metric of these two letters is not correct, they’re overlapping. I’m think it might be something related to the way these letters where built in Glyphs, both with smart components. I’m thinking maybe it is taking the anchor of the other letter so one of the component of the letter is snapping one of the other letter. I’m sending you an image so you can have it more clear.

I don’t know how to correct this behavior in Photoshop. Hope you can help. Thanks. 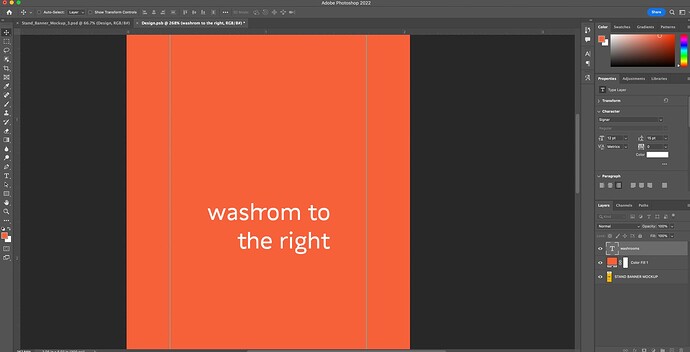 Looks like an installation conflict? How did you install the font, and how did you make sure there are not two versions of the same font installed at the same time?

I installed as a test font. That means that I exported from Glyphs to the directory: Library/Application Support/Adobe/Fonts. Every time I update the font, I just export it that way, I was thinking that this overwrites the old files, but maybe I’m wrong. Do I need to do it in a different way?

No that is correct. I suspect that it is installed twice. Either double check on the Fonts folder or see if it is also installed in Font Book, etc.

Remove all copies of the font until Photoshop can’t display it any more.
Or use a new family name for the font.