I have a font family with two axes and four masters.
The design requires a number of the glyphs have brace layers.

It is easy to generate these in batch - at the font view level, select glyphs, copy paste a layer, script to rename the layer. Lovely stuff

The problem occurs when the new brace layers contain _corner components. These require re-interpolating. Manually going through each glyph’s brace layer and clicking re-interpolate is possible but time consuming.

Is there a quicker solution to batch / en-masse re-interpolation of brace layers?

You could write a script. But if it is just the display of the corner components, it may just be a display glitch. Have you tried closing and opening the file? Or exporting once?

I’m with Rainer about this. That should not be needed. Can you make a screencast that shows the problem?

Hey, thanks for replying!
I’ve tried exporting and closing/re-opening the file.

Below, each lowercase latin in the Italic Caption master, has a virtual layer titled {400, 8}. The layer on each glyph was a copy of Italic Caption, then re-named using a script. 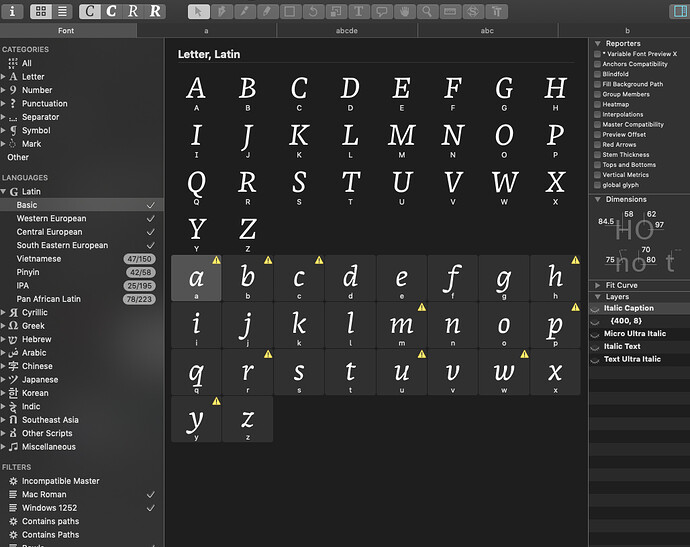 These virtual layers are copies of the caption layer, so need to be re-interpolated - of course this can be done manually. 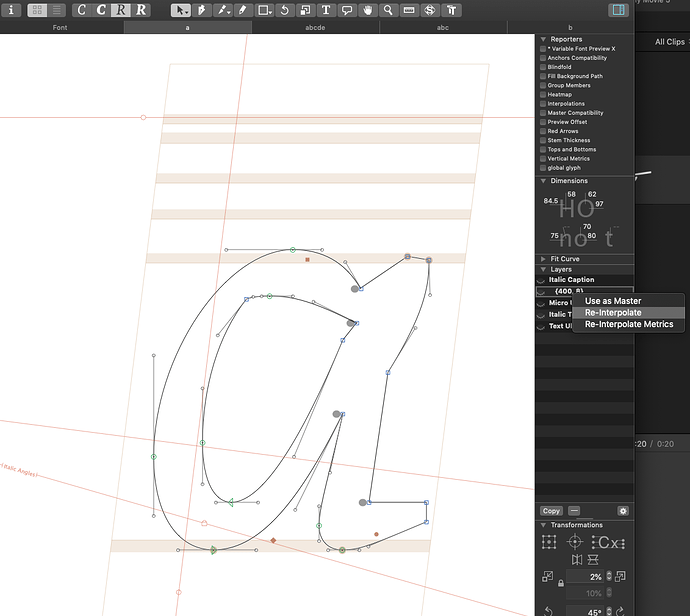 However, its not possible to re-interpolate a selection of glyphs all at once. 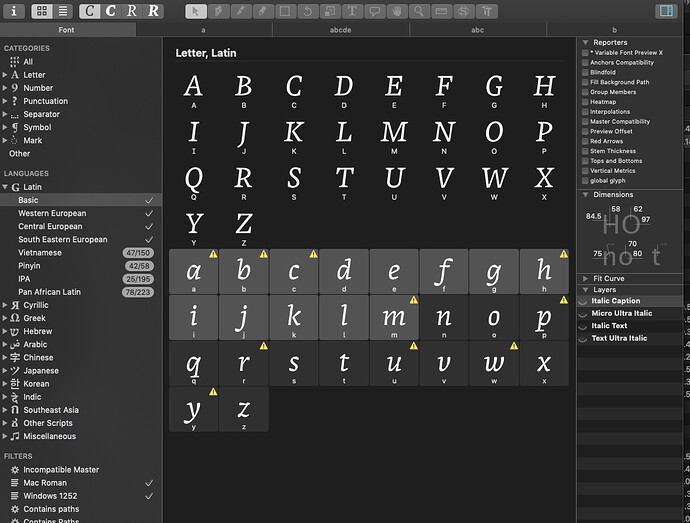 Maybe I’ve missed something in the process? Perhaps a script is the simplest way