Rename Glyphs and Smart Components bug?: only swaps when piece settings at default

Several glyphs using _part.line as a Smart Component piece.
Second instance that uses Rename Glyphs to swap in a different _part.line.newstyle for _part.line.
Result is that only the glyph with _part.line set with properties at default get swapped in. Glyphs that have _part.line properties set at other values don’t change. That seems like a bug. 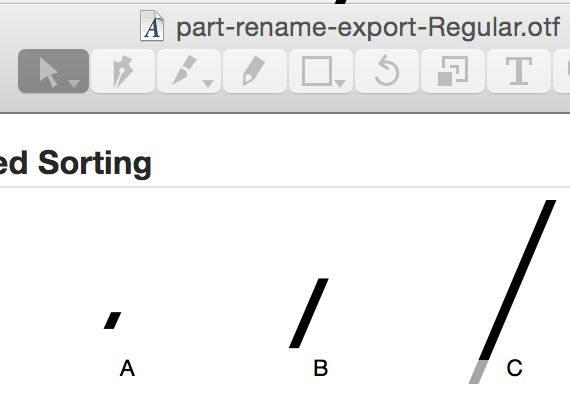 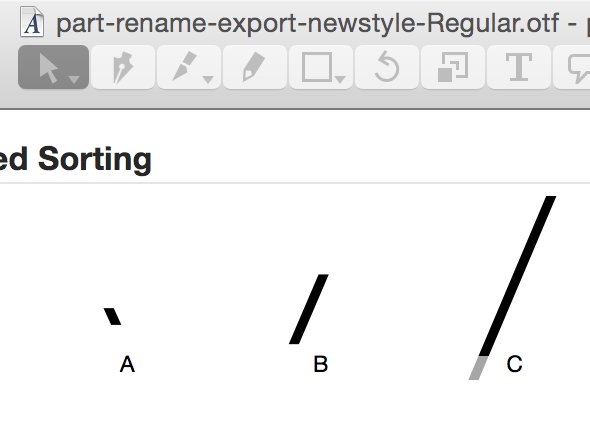 I would have expected the direction of /B and /C to change.

I had a look. That needs a rather big code change. I’ll have to postpone that a bit.