Hi. How do you achieve this kind of “negative outline” effect without decomposing all affected components? Designs like this are very common among Japanese heavy typefaces. Is it achievable by fiddling with something called Python scripts? 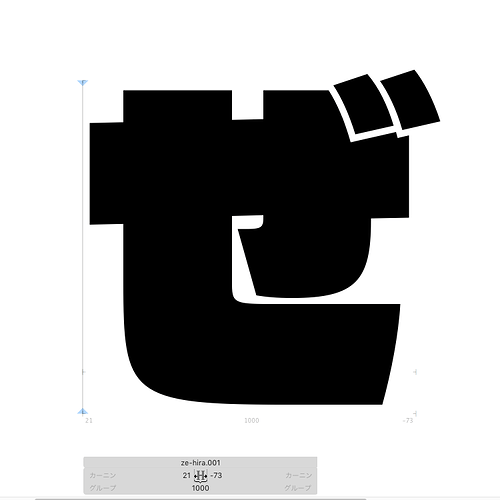 I have always dreamed of being able to subtract from what is already drawn by preceding components and paths, by using clockwise paths or something… That would make sense, where a counter-clockwise path adds, while a clockwise path subtracts. And it would save at least around 50 occurrences of “base letter” components from decomposition in a font that employs this kind of effect (assuming we leave out nonstandard combinations like の゚, which would add up to around 200). Actually even much more family‐wide, with varying topology of component overlaps across weights.

I’m working on this. Unfortunately it needs a bit more work then what a python script can do.

Okay. That’s going to be a huge help when available!