I might be missing something obvious, but is there a simple way to show all unused components (to do a cleanup of a font before production)? I am sure it has been discussed before, but I cannot find a script that would do that.

Thanks for any pointers.

What is a unused component?

A component that is part of a font and is not present in any glyphs, i.e. doesn’t have the “Show all glyphs that use this glyph as a component” option when right clicking. 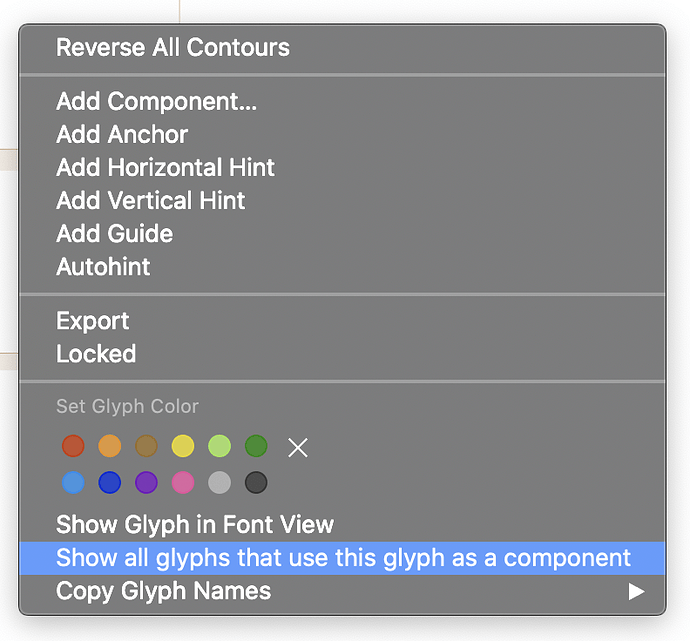 A glyph becomes a component when it is used in another glyph. Your condition is true for almost all glyphs in the font.

Well in that case only those “components” that follow the general idea of a component, i.e. named with a preceding underscore and set to Not Export.

Could be done with a little script.

This will give you all glyphs that are not used as components in other glyphs:

If you want only glyphs that start with an underscore, change the unusedComponents line to this: